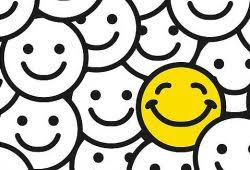 In today’s daf (Shabbat 130a) we are taught a principle that ‘any mitzvah that [the Jewish people] accepted upon themselves with joy (בשמחה)…is still performed with joy (בשמחה)’, while ‘any commandment that [the Jewish people] accepted upon themselves with a sense of resentment… is still performed with resentment’.
What this suggests is that when children and adults learn about mitzvot within a context and with a tone of joy and positivity, this affects their future relationship towards those mitzvot, while when they learn about mitzvot within a context and with a tone of cold legalism or with an attitude of ‘this is simply what you need to do’, this too is often evident in their future behaviour.
According to the great Rabbi Moshe Feinstein, one of the reasons for the mass defections from Jewish observance in America during the first half of the twentieth century was due to the fact that many of those Jews – who struggled to maintain employment while also observing Shabbat and festivals – would regularly remark that, “S’iz shver tzu zain a Yid – It is difficult to be a Jew”, and in do doing, they sowed the seeds of frustration and resentment into the hearts and minds of future generations that Jewish observance was a major limitation to social and economic success.
Similarly, one of the reasons given for those who have chosen to leave behind aspects of Jewish observance is rooted in their emotional associations with observance. As Faranak Margolese writes in her book ‘Off the Derech’ (p. 352): “People’s feelings about observance will be determined by whether or not observance was a source of joy for them; whether or not it enabled them to feel safe, loved, accepted and worthy; and whether or not it enabled them to self-actualize, express and develop their particular character and needs. How observance was modelled plays an important part in this process as well. If parents and other authority figures love observance and feel joyful about it, children will be more likely to maintain observance more than if parents felt only neutral toward it.”
Given all this, Margolese explains that, “the best educational approaches take the Torah from the past into the future, making it more than a book of “do”s and “don’t”s and transforming it into a relevant, meaningful and inspiring way of life” (Ibid. p. 212), and this is the primary reason why, prominent in my home and central to the way both Donna and I parent our daughters is a teaching of the great Rabbi Shlomo Wolbe that “the best education is a harmonious home where children observe their parents fulfilling the mitzvot with joy (בשמחה)”.
Reflecting on this Gemara, Rabbi Menachem Mendel Taub, known to many as the ‘Kaliver Rebbe’, notes in his book ‘Peninei Kol Menachem’ that the hebrew word corresponding to the phrase ‘with joy’ is בשמחה, and that this hebrew word is made up of the same letters as the word מחשבה, meaning ‘thought’. Based on this he explains that when someone sees another observing mitzvot with joy (and this is all the moreso when they see them observing mitzvot which – on first glance – seem very difficult to observe), the joy (שמחה) expressed by them when performing the mitzvah expresses their depth of thought (מחשבה) and feeling towards that mitzvah, which then resonates deeply within those observing them.
What we learn from here is that when we teach and keep mitzvot with joy (שמחה) – it can have a huge impact on those around us, so while sometimes mitzvot may be hard, we should do all we can to do them בשמחה, and in doing so, we can communicate our positive מחשבות (thoughts) while also impacting and inspiring the מחשבות of those who see us.
×
×