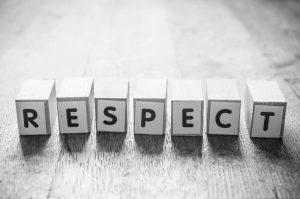 In the Mishna (Shabbat 19:1) found in yesterday’s daf (Shabbat 130a) we were introduced to the halachic principle, conceived by Rabbi Eliezer, that ‘Machshirei mitzvah dochin et hashabbat’ – which means that just as certain mitzvot such as brit milah (circumcision) may be performed on Shabbat, so too, any activity that enables this mitzvah to be fulfilled may also be performed on Shabbat. Given this principle, Rabbi Eliezer rules that ‘we may fell trees [on Shabbat] to make charcoal [on Shabbat] in order to create a knife [on Shabbat] to be used for the brit milah [on Shabbat]’. However, the Mishna then records the position of Rabbi Akiva who disagreed with Rabbi Eliezer and who rules that ‘any action that could be performed prior to Shabbat does not set aside the Shabbat prohibitions’.
Significantly, almost all of today’s daf (Shabbat 131a-b) continues to analyse the position of Rabbi Eliezer and the extent to which the principle of ‘Machshirei mitzvah dochin et hashabbat’ may be applied, yet as the Gemara later informs us (see Shabbat 133a), not long after this debate between Rabbi Eliezer and Rabbi Akiva, the consensus of rabbinic opinion sided with the view of Rabbi Akiva and thus, as the Rambam (Milah 2:6) rules: ‘if a knife cannot be found [to be used for a brit milah], we may not make a knife on Shabbat for this purpose nor may we carry [a knife] from place to place [on Shabbat]…since it was possible to bring the knife on Friday’.
Still, it is crucially important to point out that prior to the reaching of a halachic consensus by the rabbinic leaders of the time, both opinions of Rabbi Eliezer and Rabbi Akiva were regarded as being halachically legitimate in practice, which meant that while there were many who adopted the view of Rabbi Akiva, there were some who adopted the view of Rabbi Eliezer. In fact, the Gemara (Shabbat 130a) informs us that the residents of a certain city in Israel – who were particularly devoted to the mitzvah of brit milah – collectively chose to adopt the halachic position of Rabbi Eliezer and were praised by the rabbis and rewarded by God for doing so.
According to the Rashba (Responsa 1:253), the praise and reward directed towards the residents of this city affirms the halachic weight afforded to different opinions in a situation where no consensus has been reached and it speaks volumes about the halachic legitimacy of local battei din, and as Rabbi Moshe Feinstein has more recently explained, “so it is with all the rabbinic disagreements of the Rishonim and Acharonim, where one forbids and another permits, so long as no consensus has been reached, each one can rule in their place as they see fit” (Introduction to Iggrot Moshe).
However, especially in recent decades, this principle of respecting the independence of halachic decisors and their right to rule in accordance with their own reasoning, along with the principle that local battei din (Jewish courts) have the right to rule in accordance with their understanding of the needs and challenges of their local community, has been under attack. In fact, I would go so far as to say that ‘cancel culture’ exists in some contemporary halachic debates.
As we know, technology has now enabled us to live in a global village which means that halachic rulings rendered by individual decisors in one part of the world are often rapidly shared, discussed, and at times critiqued by scholars and laypeople in other parts of the world. Of course, rabbinic debate – especially debates addressing bold and creative rabbinic rulings – is a wonderful thing. However, in order for such debates to be conducted in a constructive and legitimate manner, those debating the rulings of their peers would need to be given a comprehensive ruling and would need to have a good understanding of the details and context of the ruling. Unfortunately, this rarely occurs, and this means that nuanced rabbinic rulings rendered in one place are often criticised or attacked merely based on how a rabbinic peer – often living elsewhere with little to no understanding of the ruling or its context – feels about the ruling. I should also add that all this presumes that those offering critiques of halachic rulings have a good understanding of halacha. Yet there are also times when non-experts choose to harness the internet and social media to offer their opinion about specific halachic rulings with little to no knowledge of the halachot being discussed.
Naturally, there may be times when a decisor has erred and this should be addressed accordingly. Nevertheless, the principle emphasised by the Rashba and R’ Feinstein that “so long as no consensus has been reached, each one can rule in their place as they see fit” remains a truism of the halachic system. However, the problem of the current culture of halachic debate is that those who may have conceived bold and creative halachic rulings often refrain from sharing their rulings or ruling according to their own reasoning for fear of being attacked or ‘cancelled’.
And this brings us back to our daf, because there is something quite exquisite about the fact that almost all of today’s daf is dedicated to learning about and appreciating the position of Rabbi Eliezer who, soon after, was overruled by the rabbinic consensus, as if to teach us that just as Rabbi Eliezer’s opinion – notwithstanding the fact that it differed greatly from that of Rabbi Akiva – was treated with respect, so too, “as long as no consensus has been reached”, it is essential that we do the same.
×
×