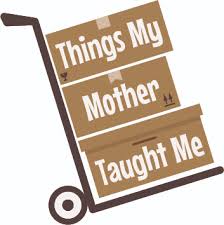 Not long after Abaye was conceived his father sadly died, and during childbirth, his mother tragically died (see Kiddushin 31b). From then on, while much of Abaye’s Torah training was provided to him by his uncle Rabah, he was nursed and raised by a foster mother whose name is sadly not known but whose wisdom he often quotes.
In fact, throughout the Gemara (see Shabbat 134a, Eruvin 29b, Yoma 75b, Moed Katan 12a, Ketubot 10b), Abaye cites numerous insights from his foster mother on a range of topics, and in today’s daf (Shabbat 134a), we find seven different teachings from her, each of which is introduced by Abaye with the words אמרה לי אם, literally ‘mother told me’, which powerfully demonstrated the respect that he accorded to his foster mother. As Gershom Bader observes, ‘[Abaye] quotes a score of her remarks with the greatest esteem as though they had been the saying of some prominent Rabbi… and all these quotations show that… [she] must have been an extraordinary woman with a great deal of experience and broad understanding’ (The Jewish Spiritual Heroes III p. 148).
As mentioned, it is unfortunate that we don’t know the name of this woman (although, of course, by virtue of the respect he accorded her, it makes complete sense that Abaye referred to her as ‘mother’ and not by her first name). But by quoting his ‘mother’ on so many occasions, Abaye powerfully demonstrated how her wisdom helped enrich his understanding of the Torah. In fact, I believe that one of the many lessons we can learn from Abaye is how important it is for halachic decisors to listen to, and to learn from, women and men of wisdom who have a better understanding of human behaviour and the world at large. As Rabbi Sacks once put it, ‘if we are to apply Torah to the world, we must understand the world’ (Future Tense p. 211).
But beyond this insight is another lesson we can learn from Abaye which is the importance of expressing ‘hakarat hatov’ (the recognition and the appreciation) of the wisdom he received from his foster mother, as well as the importance for all people – men and women – to recognise the wisdom they have received from their mothers and from other significant female role-models.
Two years ago, a lovely article was written by Rabbi Eliyahu Krakowski in Jewish Action titled ‘On Mothers’ (see https://bit.ly/3eI1LvW) with translations of exquisite testimonies from great Torah teachers describing the profound influence their mothers had on their lives. In many ways, each of these remind me of the words of Abaye. However, while these testimonies are extremely precious, they are also – unfortunately – extremely rare, and while authors do occasionally thank their parents, rarely do we hear or read the wisdom of those parents.
However, I did recently see something that made me smile. Two months ago I purchased a newly published responsa volume by Rabbi Shai Witzman titled Minchat Shai. Like many other responsa volumes, Minchat Shai begins with a number of Haskamot (approbations) from the authors’ teachers and peers. But what made me smile was the final approbation penned by the author’s parents. Significantly, this approbation didn’t really speak about contents of Minchat Shai. However, by inviting his parents to write a letter, the author used the publication of his book to show respect to his parents and to thereby demonstrate that this work could not have come to fruition without all that his mother and father had taught him and done for him.
Ultimately, a powerful and timeless lesson that we learn from today’s daf is to treasure the wisdom we receive from our mothers and to share it with others. And if you aren’t sure how to start doing so, then perhaps I can suggest the following three words from Abaye: אמרה לי אם… – ‘mother told me…’
×
×