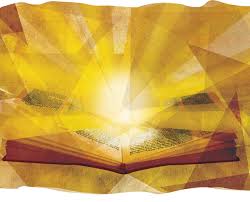 Towards the end of today’s daf (Shabbat 136b) Ravina testifies that he had heard Rava render a particular halachic ruling which then confused, surprised and even seemingly angered one of his peers. However, to understand the ruling itself, a little background is necessary.
Firstly, there is a Torah rule – although one that many of us struggle to fully understand today (see Asseh Lecha Rav 1:54) – that if a married man dies who leaves a wife with no children, then she can either choose to marry his brother (which we call ‘Yibum’ which is a form of semi-automatic marriage), or choose not to (which requires her to perform a ceremony called ‘Chalitza’ which is a form of divorce). Secondly, if the only child that the woman had with her husband did not live beyond 30 days, there is a debate whether the laws of Yibum & Chalitza apply in that case. And finally, if a woman has undergone Chalitza, she is not permitted to marry a Kohen.
Having explained all this we are now in a position to understand the question that was initially addressed to Rava: If a woman was married, and had a child who did not live beyond 30 days, whose husband then died, and who then married a man who was not her brother-in-law, do we require such a woman to perform a retroactive chalitza with her brother-in-law (whom she clearly has no interest in marrying)?
According to Ravina’s testimony, Rava ruled in this case that if the woman was now married to a non-Kohen, then we ask her to perform chalitza (as there is an argument to be made that she should have done so, and as doing so does not impact her new marriage), whereas if the woman was now married to a Kohen, then we do not ask her to perform chalitza (as there is an argument to be made that she didn’t need to do so, and as doing so would challenge the spiritual legality of her current marriage to a Kohen). Phrased differently, if doing what possibly should have previously been done does not frustrate or undermine the woman’s new marital status, then we ask her to do so, and if it does, then we don’t.
Initially, Rav Sheravya challenged Ravina and claimed that Rava actually required that the woman perform a chalitza in both situations. In his reply, Ravina acknowledged that while Rava had initially held such a view, the following morning he subsequently reconsidered the matter and reached the more lenient conclusion.
However, Rav Sheravya was unwilling to accept Ravina’s claim that this was what Rava had said, because for him, lenient rulings such as this – which appear to reach different conclusions according to the different situations of the people involved – are as absurd as outright rulings permitting the consumption of forbidden fats! Simply put, while Ravina presented Rava’s ruling as an example of nuance, flexibility and sensitivity, Rav Sheravya viewed this same ruling – which he could not accept as having been uttered by Rava – as an example of halachic disengenuity.
Reflecting on those who take a similar view to Rav Sheravya, Rabbi Aharon Lichtenstein writes in his essay titled ‘The Human and Social Factor in Halakha’ that, ‘the cogency and legitimacy of a “human” approach to pesak, appears, to many, problematic. They would have us believe that the ideal posek is a faceless and heartless supercomputer into whom all of the relevant data is fed and who then produces the right answer. Should the standard not be met, the shortfall is to be regarded as a failing, the lamentable result of human frailty…On this reading, the process of pesika (halachic decision-making), properly conceived and executed, bears no semblance to an existential encounter between seeker and respondent. It entails, rather, the application of text to problem, the coupling of code and situation’.
However, then reflecting on those who take a similar view to Rava, he writes, ‘as anyone who has been privileged to observe gedolim at close hand can readily attest, they approach pesak (halachic decision-making) doubly animated by responsibilty to halakha and sensitivity to human concerns. The balance between norm and need may be variously struck. There certainly are ideological differences among posekim over how much weight to assign the human factor…[but].. while.. Halakhah, as a normative order, can never be superceded by external pressures, a specific Halakhah may be flexibly applied – and, in a sense, superseded – by the internal dynamics of the halakhic system proper’.
Personally, I am extremely fortunate that I was taught by poskim who personified this second approach to halacha, and in my own small way, where appropriate, this too is the approach I adopt when tasked with reaching halachic decisions.
At the same time, I did see – first-hand – how my teachers often repeatedly received the kind of criticisms expressed by Rav Sheravya, and on occasion, so too have I.
But when this occurs I am reminded of the final words that Rav Yochanan Ben Zakkai communicated to his students while on his deathbed that: יהי רצון שתהא מורא שמים עליכם כמורא בשר ודם – May it be G-d will that you fear G-d just as much as you fear other human beings (Brachot 28b), which the Maharsham (Rabbi Shalom Mordechai Schwadron, 1835-1911) explained to mean that while a posek may be afraid to rule leniently for fear of disagreeing with other poskim who are stricter, the blessing Rav Yochanan Ben Zakkai gave to his students was that they should follow his example and rule according to their fear of G-d – rather than their fear of others.
×
×