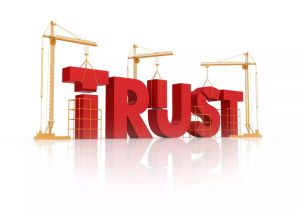 In today’s daf (Shabbat 139a) we are told that members of the community of Bashkar sent a question about creating a canopy on Shabbat, and in response, Rav Menashya wrote them a responsum saying: ‘We have reviewed all aspects concerning [your question of creating] a canopy, but we have not found grounds to permit [you doing so]’.
The Gemara then raises the question of why Rav Menashya didn’t tell the people of Bashkar about the creative halachic solution of Rami bar Yechezkel (see Shabbat 138a) that ‘if there was a string or rope tied around a cloak prior to Shabbat then it is permitted to use it to create a canopy’ – to which it answers that those living in Bashkar were אינן בני תורה – not Torah scholars. As the notes in the Koren edition explain, ‘This explanation appears in several places in the Talmud. Essentially, it means that anywhere in which there are no people learned in the Torah, the ruling is stringent with regard to practices that require nuanced understanding of the halakha and the ability to distinguish between permitted practices and similar prohibited ones’. Significantly, this principle of אינן בני תורה is cited on three separate occasions in relation to three different halachot in our daf.
Yet in contrast to this, as the notes in the Koren edition proceed to explain, ‘the Sages were lenient with regard to those practices in places in which Torah scholars lived, based on the assumption that they would know how to maintain the appropriate halakhic distinctions’, and thus we also find three cases in our daf (Shabbat 139b) where הערמה (subterfuge) is employed to circumvent a rabbinic prohibition. However, as the Gemara makes clear, such creative halachic solutions should only be employed by a Torah scholar who, as the Koren notes proceed to explain, ‘is aware of the severity of the Torah prohibition and the parameters of the rabbinic decree, [and who] acts in a manner that is not clearly perceived as a transgression’.
Naturally, some people would be upset by this notion of a two-tier approach to Jewish law where more knowledge people have the privilege of greater halachic flexibility, while others – including many Torah scholars – would argue that this is not personal, and that just as certain chemicals should only be handled by those who are trained, so too, halachic subterfuges should only be employed by those who are expert in knowing when they can and when they cannot be applied.
As someone who aspires to be a Torah scholar I very much understand the concern for the misuse and misapplication of Jewish law. However, as someone who takes pride of being an educator, I don’t always understand why greater efforts aren’t made to help those who are not yet Torah scholars to become Torah scholars, and why there are many in the rabbinic world who are comfortable with the status quo of those who aren’t (yet!) Torah scholars and those who are.
And this brings me back to the responsum of Rav Menashya because responsa can do two things: They can communicate a brief ruling to the questioner, or they can be used as a means to both communicate a ruling while also teaching questioner about the parameters of the ruling. Interestingly, as various academics have noted, the style of responsa chosen by a scholar speaks volumes about how they view their relationship between themselves and those who ask them questions. In this case, Rav Menashya chose to communicate a brief ruling, but perhaps rather than doing so, this may have been an opportunity to communicate a ruling while also teaching the questioners about the parameters of the ruling.
Clearly, like all aspects of life, sometimes in Jewish law the answer is ‘no’, while there are other instances when greater flexibility is available but this needs to be handled with care. Naturally this is a fine balance to strike which depends very much on the knowledge and trust of all those involved. But let us never forget that knowledge and trust are different things, and while we presume to trust those with knowledge, perhaps our task is also to presume that those we empower with knowledge can be trusted.
×
×