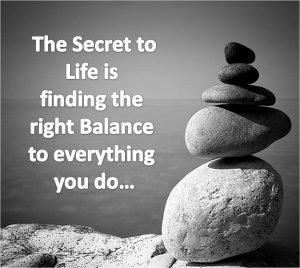 Two brief incidents recorded in today’s daf (Shabbat 140a) raise the important question of finding the right balance between loyalty to halachic strictures and maintaining Shalom Bayit (harmony in a home).
In terms of the laws of Shabbat, one of the 39 prohibited Shabbat transgressions is לישה (kneading), and in today’s daf we consider the case of a solid mass of mustard seeds that had already been prepared before Shabbat and whether it is halachically permitted to add further liquid to this mass on Shabbat.
Though, as the Gemara proceeds to explain, the halacha was decided that such an action is permitted, until this decision was reached this was a matter of halachic debate during which time some rabbis adopted the permissive lenient view, and some adopted the prohibitive stricter view. It was during this period that the following two incidents took place:
1. ‘Abaye’s (foster) mother once prepared [mustard] for him [by mixing liquid into it on Shabbat]. [Yet, notwithstanding the fact that this was prepared for him], he would not eat it’.
2. The wife of Rav Ze’eira prepared [mustard] for Rav Hiyya bar Ashi, [her husband’s student], [yet notwithstanding the fact that this was prepared for him] he did not eat it.
As should be clear, both Abaye and Rav Hiyya bar Ashi were of the stricter view regarding mixing liquid to a mass of mustard on Shabbat and consequently were of the opinion that the women who had prepared them food on Shabbat had done so in a halachically prohibited manner. Nevertheless, as we know, refusing food from a parent or a hostess can have a significant and negative impact on Shalom Bayit, and thus we encounter the question of finding the right balance between loyalty to halachic strictures and maintaining Shalom Bayit.
Before proceeding, it should be noted that the question of benefitting from prohibited Shabbat actions is discussed elsewhere in the Gemara (see Shabbat 38a and my remarks at https://rabbijohnnysolomon.com/shabbat-38/), and while there are those who would assert that one may not benefit from even an accidental Shabbat transgression (see Ramban who, it should be noted, considers this particular act to be a biblical transgression, and Chazon Ish who deduces from here that one should not benefit even from accidental transgressions of a rabbinic nature), or because it was an unresolved Talmudic debate (see remarks of Rav Steinman in Ayelet HaShachar), most commentaries take the view that, especially in this case where the transgression was most likely accidental and is also regarded by most authorities to involve a rabbinic transgression, it would have been permissible for Abaye and Rav Hiyya bar Ashi to eat the food that was prepared for them.
Given all this, various commentaries try and explain why they did not do so. In particular, according to the Sfat Emet, this action was taken in order to teach that food should not be prepared in this manner so that Abaye’s (foster) mother and Rav Ze’eira’s wife not do so again, while Rav Avraham Ehrlanger explains in his Birkat Avraham that each did so in order to teach his stricter halachic view to those observing him.
As mentioned, these incidents occurred during a time when the law was undecided, and it seems that both Abaye and Rav Hiyya bar Ashi felt that for their halachic position to be taken as seriously as they wished it to be they needed to refuse the food that was prepared for them. Today, however, few of us are poskim, and this is why – as I discussed in my remarks to Shabbat 38a – there is a compelling rationale for adopting more lenient yet halachically acceptable positions for the sake of Shalom Bayit.
×
×