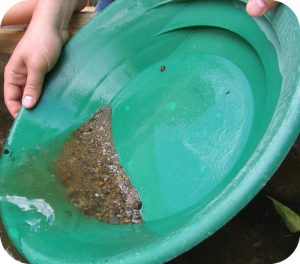 Today’s daf (Shabbat 142a-b) discusses a number of questions concerning various forms of בורר (selecting/separating). Firstly, it addresses the words of Rabbi Yehuda taught in the previous Mishna (Shabbat 21:1, 141b) that ‘one many remove [a measure of] terumah from a mixture with one hundred parts of chullin (non-sacred) produce’, and later, it cites a Mishna (Beitzah 1:8, 14b) addressing whether it is permitted to separate legumes from a mixture with other impurities on Yom Tov.
Significantly, neither of these are classic cases of בורר-on-Shabbat (such as separating certain types of unwanted food from a mixture of different foods on Shabbat). However, as the Gemara itself notes in our daf, the concern for בורר applies in both these cases i.e. does this act of separating ‘מתקן’, i.e. fix/repair the mixture from being a compromised mixture (of permitted and forbidden or desired or undesired foods) to an acceptable one?
Interestingly, when we speak of the concept of תיקון (‘fixing’ or ‘repairing’), we often think about constructive actions that need to be done to an object or to a situation in order to improve them. But what makes the melacha of בורר so fascinating is that the very act of separation, where nothing is itself added to a mixture but instead where certain aspects are separated, is a creative and constructive act which can bring about a repair.
This week we commemorate Tisha B’Av during which time we mourn for our many national losses and, in particular, for the destruction of the Temple in Jerusalem, and it is during this time that we consider what we can do to repair (תיקון) the mistakes that were made by our ancestors in the past, as well as those that we continue to make in the present.
Oftentimes, the concept of תיקון conjures up grand ideas in our minds, and at that moment we often convince ourselves that we don’t have the skills to realise those grand ideas. But sometimes, the greatest תיקון that we can do in our lives which can then help achieve a greater תיקון in a global scale, is one of separation – such as separation from bad behaviour, or separation from toxic relationships or toxic environments. Simply put, while many of us many not be sure what we can actively build to make the world a better place, all of us have within our reach certain choices about what we can separate ourselves from doing which, as noted in our daf, is itself considered to be an act of תיקון.
Of course, the problem for many of us is that we often struggle to distinguish between the ‘good’ and the ‘bad’, and this confusion then makes it impossible to undergo acts of בורר in our lives. And this is why Shabbat is such an important day of the week, because on the day when physical בורר is forbidden, our task is to give ourselves the headspace to perform ideological, emotional, spiritual and philosophical בורר and thereby figure out what elements of our lives are good or bad; healthy or toxic.
And I believe this is why Shabbat ends with Havdalah, in order to remind us not only of the difference between Shabbat and the rest of the week, but also of the תיקון we can achieve throughout the week if we learn to draw distinctions between what should be part of our lives, and what should not.
×
×