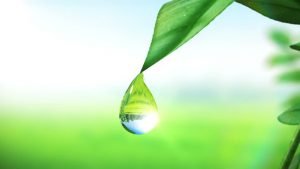 Today’s daf (Shabbat 156), which is the penultimate page of Massechet Shabbat, primarily focusses on two quite different themes: i) A brief analysis of the laws of kneading on Shabbat, and ii) A lengthy discussion about the concept of ‘Mazal’ (i.e. the extent to which the day or time or month that a person is born affects their temperament).
On first glance, there is little to connect these two topics together. However, it is worthwhile mentioning – en passant – how various Jewish thinkers (see Rabbi Chaim Friedlander’s Siftei Chaim: Emunah V’Hashgacha 1 p. 187 quoting the Radak, the Ari z’l and the Vilna Gaon) assert that the word ‘Mazal’ (מזל) originates from the word ‘Nazal’ (נזל) – which refers to to liquids that drop and flow like dew (e.g. Devarim 32:2), and thus the entire concept of ‘Mazal’ seeks to explore how certain forces can drip or flow onto our lives and how our physical lives may or may not be bound – or ‘kneaded’ – together with these forces.
However, the actual reason why the Gemara mentions these two concepts is due to the fact that, within its discussion of the laws of kneading on Shabbat, the Gemara relates how a halacha relating to kneading on Shabbat was found in the ‘pinkas’ (notebook) of Rabbi Chiya; it then relates that a further halacha relating to kneading on Shabbat was found in the pinkas of Levi (better known as Rabbi Yehuda HaNassi), and having mentioned both these laws, the Gemara records an insight about the concept of Mazal that was found in the pinkas of Rabbi Yehoshua Ben Levi. Thus ‘Pinkas’ is – in fact – the ‘binding agent’ for these two discussions on our daf.
Significantly, while Rabbi Chiya, Rabbi Yehuda HaNassi and Rabbi Yehoshua Ben Levi were all experts in both Halacha (legal aspects of Jewish law) and Aggada (non-legal expressions of Jewish thought), Rabbi Chiya and Rabbi Yehuda HaNassi were better renowned as halachists, and Rabbi Yehoshua Ben Levi was particularly renowned for his aggadic pronouncements. Given this, the very fact that halachot were found in the pinkasim of Rabbi Chiya and Rabbi Yehuda HaNassi, while aggadic remarks were found in the pinkas of Rabbi Yehoshua Ben Levi, suggests that their pinkas was where each kept a record of their personal Torah teachings which, after their death, was studied by their students in order to appreciate the spiritual legacy of these great Torah teachers.
In the stirring hesped (eulogy) that Rav Avrohom Gurwitz – the Gateshead Rosh Yeshiva – delivered for his cousin and my Rav Dayan Gershon Lopian zt’l, he references the Gemara (Masechet Smachot 8:7) stating that when Shmuel HaKatan died, his pinkas and keys were placed on his coffin by his friends. As Rav Gurwitz explained, this is because life is like a pinkas, and because a person’s life is measured by what they have achieved and whether they have used the keys (i.e. tools & skills) given to them by God to their fullest.
In terms of Rabbi Chiya and Rabbi Yehuda HaNassi, they had the ‘keys’ to open up profound areas of halacha and they used these keys to explore different halachot as evident by what was found in their pinkas; while Rabbi Yehoshua Ben Levi had the ‘keys’ to open up profound areas of aggada, and he used these keys to discover different areas of Jewish thought as evident by what was found in his pinkas.
Ultimately, while there are many different explanations of what ‘Mazal’ is and how and whom it affects, the ultimate question about ‘Mazal’ relates to how we use the opportunities, tools and skills that we have – and how we can knead together what is given above with what we have below, to live a meaningful and impactful life.
×
×