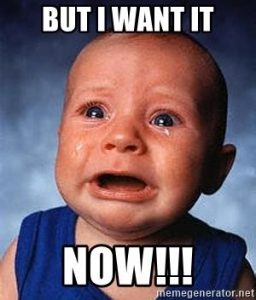 Today’s daf (Shabbat 16b) tells a story which appears to imply that the rabbinic leadership at the time of the story were both very strict and very insensitive. However, after a little more research, and after comparing our story with two seemingly unrelated Talmudic stories, it seems that there is much more to our daf than meets the eye. Let me explain:

On Shabbat 16b we are told that Shimon Ben Shetach made two seemingly unrelated enactments: 1) He instituted a Ketubah for a wife, and, 2) He decreed ‘tumah’ on metalware.

In terms of the Ketubah, this document outlines is the duties of husbands towards their wives – including their financial duties. Prior to their institution, some husbands felt that they could divorce their wives immediately, without being burdened by any financial consequences. However, what the Ketubah did was fix a set amount of money that the man would have to pay his wife were he to die or divorce his wife for which his assets would be collateral. Consequently, a husband would now think twice before divorcing his wife.

We are then told our story: It once happened that Queen Shaltzion – who, as Rashi notes, was Shimon Ben Shetach’s sister – made a wedding feast for her son. Unfortunately, all the utensils became ‘tamei’. While ordinarily she would have needed to wait a week for the completion of their purification process, she wanted to use the above-mentioned loophole, and so she ordered that all the utensils be pierced/broken and then repaired. Principally this should have sufficed according to Torah law. However, we are told that the Rabbis, following the decree of the leading sage at the time who was also the Queen’s brother, ruled that the utensils remain revert back to their previous state of ‘tumah’.

On first glance it seems that the rabbinic leadership, and especially Shimon Ben Shetach, were both very strict and very insensitive. However, what I would like to explore with reference to two further Talmudic stories is the ideology of Shimon Ben Shetach which, as I shall explain, is one that we should not ignore in our time.

Mishna Ta’anit (3:8, see Ta’anit 19a) relates how, after a crippling drought, Choni the miracle-worker was requested to pray that rains should fall. In response, Choni drew a cricle on the ground, stood within it, and called out to God: “Master of the universe: Your children have turned their faces towards me because I am like a member of the household before You. I swear by Your Great Name that I shall not leave here until you have mercy upon your children.” Initially the rain started trickling, to which he responded: “This is not what I asked for”. Then the rain started to pour with fury. Again he responded, “This is not what I asked for”. Afterwhich usual rain began to fall. Immediately after this, Shimon Ben Shetach turned to Choni and said to him: “Were you not Choni, I would have placed a ban on you.” Clearly Choni was a remarkable person. However, Shimon Ben Shetach’s response seems very misplaced.

Even more curious is the story told about Choni (see Ta’anit 23a) who was pondering the words of Tehillim (126:1) addressing the 70 period spanning the exile from Jerusalem after the destruction of the first Temple and the rebuilding of the second Temple. For Choni, the idea of someone hoping and dreaming about an event that was to take place 70 years later was incomprehendible. We are then told that he met an old man who was planting a carob tree. He asked the man how long it would take for the tree to grow fruits, and he was answered “70 years”. Choni then asked the man why he was planting a tree whose fruit he would not live to see, to which the man responded how he was born into a world with fruit filled carob trees, and how he would make sure to do the same for future generations. We are then told that Choni fell asleep for 70 years, afterwhich he woke up and ate the fruit from this tree.

Bringing all these together, and based on the interpretations of Rav Kook (1), Nissan Yoeli (2), and myself, let me explain all the above.

In his lifetime Shimon Ben Shetach noticed a cultural shift. Rather than investing in relationships, he identified a ‘throw-away-culture’ where some men decided that if they were unhappy in a marriage, they would simply end it. He noticed how people demanded immediate gratification and were unprepared to wait the requisite time to undergo purity rituals. And he met people who would demand that everything be done ‘right now!’, and even make such demands to God!

All this went against Shimon Ben Shetach’s worldview which is powerfully captured in his teaching in Avot (1:9) that a judge should be ‘thorough in the interrogation of witnesses and careful with their words’. For Shimon Ben Shetach, the demand that everything be done immediately threatened the integrity of the family, the purity rules, the justice system, and our faith in God. This is why he so strongly criticized Choni, because he felt that Choni was affirming this view, and this is why Choni had to be taught the lesson that some things take time to grow.

Returning back to Shabbat 16b, we now understand the connection between the two enactments of Shimon Ben Shetach. Simply put, he was teaching us that the greatest things in life – our relationships with others, and our relationship with God, require time, investment, and patience.