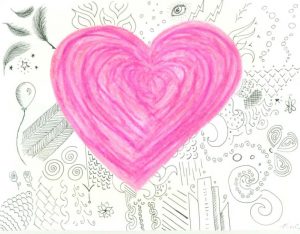 Today’s daf (Shabbat 31a) is the source of the famous story of the prospective convert who approached both Hillel and Shammai and asked to be taught the entire Torah while standing on one foot. Shammai’s response was to dismiss the individual, while Hillel taught that, ‘whatever is hateful to you, do not do to your fellow. This is the entire Torah – the rest of is commentary which you should go and learn’.

Significantly, this is just one of three stories that are found on our daf involving Hillel, Shammai and a prospective convert, and in each instance we find that Hillel shows a unique level of patience and sensitivity, and to emphasise this point, just prior to these three stories the Gemara recounts a particular episode that expressed Hillel’s extraordinary level of patience and sensitivity. Here is a shortened version of the story:

‘Our Rabbis taught: “A person should always be humble like Hillel and not impatient like Shammai.” Once, two young men made a wager saying: Whoeever can make Hillel angry or lose his temper will receive 400 zuz, to which one replied: “I will go and anger him.” That day was Friday afternoon, and at the time Hillel was washing his head. The man passed by Hillel’s door and called out: “Is Hillel here? Is Hillel here?” Hillel put on a robe, went outside, and responded: “My child (בני), what do you need?”. He responded, “I have a question to ask,” to which Hillel replied, “Ask, my child (בני)”. Thereupon he asked: “Why are the heads of the Babylonians round?” He responded: “My child (בני), you have asked a great question. It is because they do not have skillful midwives.’

Hillel then returned back to bathing but then, after a few minutes, this same man called out again, and again asked another foolish question (“Why are the eyes of the Tadmurians bleared?”). This was then again repeated and this time with a further question (“Why are the feet of the Africans wide?”), yet in each instance Hillel replied with the words “My child (בני), what do you need?”, praised the questioner for asking a great question, and offered a reply. Having failed to anger Hillel the man then revealed to Hillel that all this was part of a wager, but even while doing so, it is of note that Hillel continued to refer to him with the endearing term, בני – my child.

In a few days time we will be celebrating Pesach where we too are encouraged to ask questions. Yet a close reading of the Rambam (Hilchot Chametz U’Matzah 7:2) will reveal a striking connection between the laws of Pesach and this story of Hillel. There he writes that it is a mitzvah to teach your children the story of the Exodus and encourage them to ask questions, and that when a parent does answer their child, they should say: “בני – my child, in Egypt, we were all slaves…On this night, the Holy One, Blessed be He, redeemed us and took us out to freedom.”

It is interesting that here, unlike the story involving Hillel, the questioner really is the child of the parent, so why does the parent need to begin their response with the word ‘בני – my child’? An exquisite answer to this question has been suggested by R’ Avraham Shmuelevitz who, noting that בני is a term of love and affection, explains that whatever question a child does or doesn’t ask, their parent must begin their reply by communicating their love for them.

All this is lovely if someone is blessed to have a child. However, there are many people who don’t have children, and that even those who do may not be surrounded by them this Pesach. Still, we are taught (Pesachim 116a) that even when a person is sitting alone on Seder night, they should still ask questions and still try and offer answers. Given this I would humbly like to suggest that in such a situation when someone must be the answerer of their own questions, they too should begin their reply with ‘בני – my child’. For some this may remind them of the answers they received from their parents when they were children. While for others, I hope it serves to remind them that even though this year they may be alone, they too are a child of God who, notwithstanding these difficult times, loves them deeply.
×
×