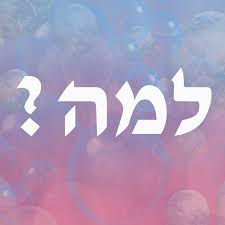 Much of today’s daf (Shabbat 32b) is very hard to digest since its discussion attempts to attribute specific spiritual transgressions for untimely deaths. For example we read that ‘for three transgressions women die in childbirth’, and ‘for the sin of unfulfilled vows, a man’s wife or children dies’. We are told that parents who ‘neglect Torah study’ or who commit ‘the sin of not affixing a mezuzah’, or ‘the sin for failing to wear tzitzit’ may be a reason for their children’s deaths. And it is also stated that as a result of ‘neglecting Terumah and Ma’aser tithes’, dew and rain are withheld.

Of course, a fundamental principle of our faith requires our acknowledgement of divine reward and punishment. However, many of the cases listed here involve the apparent punishment of the innocent, and on first glance, such remarks may appear shallow or callous. However, I believe that a closer look at these discussions reveals a very different tone to this discussion.

Understanding this our daf takes on a very different character. Here we have four leading teachers trying to make sense of the suffering that they have experienced or witnessed in their life. In fact, since the sins that these Rabbis debate include those they attribute to parents, it would appear that Rabbi Meir – whose children did die young – actually blamed himself for their death. What this means is that rather than being shallow or callous, our daf is painfully tragic.

It is of note that unlike a classic halachic debate where a resolution is often reached, these theological discussions remain unresolved which means is that while we often attempt to answer the למה (Lamah) ‘why’ question, we must never forget that ‘it is not in our hands to understand either the tranquil lives of the wicked or the suffering of the righteous’ (Avot 4:15). Still, it is important to address the למה (L’mah) question, i.e. ‘what’ can we do in a world where suffering exists.

Significantly, the answer to this is also found on our daf (Shabbat 32a) with two statements each beginning with the word לעולם – always, as if to stress that whatever your situation, whatever you think you understand about the world and the workings of God, these two things should be done. These are: 1) Always avoid standing in a dangerous place, and 2) Always pray for mercy from God that they do not become ill.

We too are living in difficult times. Many have suffered tragedy, and like the sages of the Mishna, we too have many more questions than answers. Still, there are things we can do, we should do, and we must do: 1) Avoid danger, and, 2) Pray for God’s mercy.
×
×