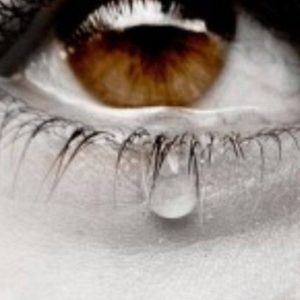 In today’s daf (Shabbat 33b) we are told the story of Rabbi Shimon Bar Yochai and his son Rabbi Elazar who, under the threat of death by the Romans, went to hide in a cave. While in the cave they occupied themselves with deep Torah study, and they were miraculously provided with a carob tree and a spring of water. After twelve long years of hiding we are then told that Eliyahu came to the entrance of the cave and declared that the decree against their lives had been annulled. However, immediately upon their exit from the cave it became clear that their long period of separation from the rest of humanity prompted by the type of Torah study they were engaged in had nurtured a harsh judgmentalism within them. For example, in response to seeing a farmer plow a field they judgementally commented that such people ignore life in the next world for lowly this-world activities. In fact, whatever Rabbi Shimon and his son would look at was burnt and destroyed! Given their critical words and destructive actions, a heavenly voice called out and instructed them to return to the cave.

After a further year Rabbi Shimon and Rabbi Elazar left the cave. By this point Rabbi Shimon had mellowed while Rabbi Elazar still spoke with harsh tones, but it seems that Rabbi Shimon was eventually able to help his son Rabbi Elazar undergo a paradigm shift as evident from the story that follows where we are told that they saw an old man running home on Erev Shabbat while clutching two bundles of myrtles. When they enquired what these were for, and when they were told that they were to be used for the honour of Shabbat, Rabbi Shimon turned to his son and remarked, ‘look how cherished the mitzot are to the Jewish people’ from which both found solace and inspiration.

I mention all this because there are many significant parallels between this story and that of the prophet Eliyahu (Melachim I Ch. 19) who himself makes a brief cameo in this story. Eliyahu was a harsh prophet, and having brought a drought and killed the prophets of Baal he fled from the threat of Izebel. Having found a place for respite in the wilderness he too was fed by miraculous food and water, and after travelling a little further he too found refuge in a cave.

During the period while he was in his cave, Eliyahu acknowledged that he often ‘acted with great zeal’ (v. 10) and upon doing so, he was told to leave the cave. There, as he stood outside of the cave, ‘God was passing and a great and powerful wind, smashing mountains and breaking rocks went before God. ‘God is not in the wind!’ Eliyahu was told. After the wind came an earthquake, and here again Eliyahu was told, ‘God is not in the earthquake’. After the earthquake came a fire, and here too he was told, ‘God is not in the fire’. But then, after all these came a ‘kol demama daka’ – a ‘still, thin voice’ (v. 11-12) which was understood to represent God’s presence. What this was meant to teach Eliyahu was that people cannot hear the divine voice in the harshness represented by great winds, earthquakes or fires. Instead, they connect to the divine voice within the gentleness that is the kol demama daka – the still, thin voice. Like Rabbi Shimon and Rabbi Elazar many years later, Eliyahu was taught the lesson that harshness destroys the world and that for a message to have an impact, it must be communicated with mellowness and a tone of positivity and praise. But while the story on our daf ends with Rabbi Shimon acknowledging the good deeds of the pople and ‘how cherished the mitzot are to the Jewish people’, when does Eliyahu make such an observation?

According to Pirkei d’Rebbi Eliezer (chap. 29), this occurs at a Brit Milah when Eliyahu ‘visits’ the family, and according to later sources, this too occurs at Seder night when some maintain that Eliyahu ‘visits’ our respective Sedarim. Ordinarily Pesach can be difficult for some people, but this year it is likely to be very hard for many. Yet notwithstanding the challenges that we are confronting, Jews around the world will still be conducting Sedarim including many doing so alone. And what will be the response of Eliyahu? I have a sense that when Eliyahu sees those sedarim that have been created with great difficulty or in the atmosphere of great anguish, he will say, with tears in his eyes and a heart overflowing with love for Am Yisrael – ‘look how cherished the mitzot are to the Jewish people’!

Wishing you all a Chag Sameach!