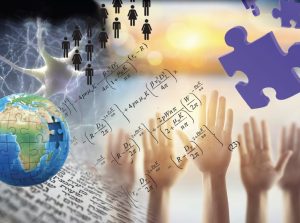 Yet while Perek Kirah begins with an analysis of the laws of a Kirah oven and specifically what may or may not be placed on it on Erev Shabbat, Perek BaMeh Madlikin ends with a curious discussion about how different words, including those used to describe shofarot in the post-Temple period, changed over time.

For example, while ‘arava’ (the name of a willow branch) was previously used to refer to a particular type of branch, over it became referred to as a ‘tzafzafah’ (the name of a different type of willow branch) and vice versa. As we are told, this detail is relevant for the celebration of Sukkot. Similarly, over time a ‘p’torah’ – a large table – adopted the name ‘p’tortah’ which until then had been used to refer to a small table, and vice versa. Here too this detail is relevant in trade. And while there were two regions known as ‘Bavel’ and ‘Bursif’, what was previously Bavel is now Bursif and vice versa which, we are told, is a relevant detail in the writing of gittin (divorce contracts). The question I would like to consider is whether there is any connection between this final discussion in Perek BaMeh Madlikin and the laws we encounter in Perek Kirah?

To address this question I believe that we must ask a further question: How do we know that the laws that apply to a Kirah oven – a particular type of portable oven used in the time of the Mishna – can be applied to our modern day stove? And in order to offer a satisfactory answer to this question, we need to consider the work of a posek (halachic decisor). Naturally, a posek must understand all the halachic texts that inform general and particular decisions, and they must also be familiar with the wider considerations that may be brought into play when rendering a decision. This is what we call ‘Torah’. But in addition to this, a posek must also understand the world in which they are applying the halacha which Rabbi Sacks often refers to as ‘Chochmah’ (wisdom), and as he once put it, “if we are to apply Torah to the world, we must understand the world” (Future Tense p. 211).

In terms of the Kirah oven, Rabbi Moshe Feinstein, one of the greatest poskim of the modern era, wrote a lengthy responsum (Iggrot Moshe OC 1 No. 93) explaining how our stoves are comparable to the Kirah that we find in our Mishna, and in doing so, he not only demonstrated his profound understanding of our Mishna & Gemara, but also his clear understanding of the workings of a modern day stove as well.

And this brings us back to the final page of Perek BaMeh Madlikin and the ink spilt to let us know that what we refer to as tzafzafah is arava, what we refer to as p’torah is a p’tortah, and when we refer to Bavel we mean the region previously known as Bursif. And why was all this done? Simply put, because “if we are to apply Torah to the world, we must understand the world”.
×
×