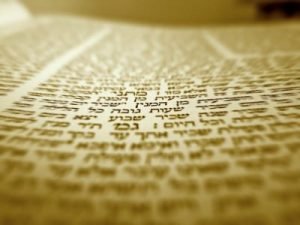 Today’s daf (Shabbat 37a-b) intensely debates the implications of the case presented in the opening Mishna of Perek Kira: Does it refer to the retaining of food on a Kira oven from Erev Shabbat (Shehiya), or does is address the returning of food to such an oven on Shabbat itself (Hazara)?

The primary driving force of this debate is the ambiguity in our Mishna and the usage of language which at times points to Shehiya, and at other times points to Hazara. In fact, in response to this ambiguity the Gemara suggests that the Mishna is ‘missing’ some words (חסורי מיחסרא והכי קתני) which it then attempts to add to help make more sense of the text.

But there is another way to read the Mishna which is to acknowledge that it is a tapestry of different voices and different opinions which are at times addressing different cases, and rather than attempting to resolve these opinions, R’ Yehuda HaNassi simply wished to preserve these voices and opinions using their own words. If one adopts this approach, then the ambiguity in our Mishna should not be understood as being a problem with the text, but rather, merely a reflection of the different opinions and voices found therein.

For some people, this approach of learning texts which has been developed by scholars such as David Weiss Halivni in his ‘Mekorot Umasorot’ may initially seem untraditional. However, we must not forget that the very statement of חסורי מיחסרא והכי קתני is an acknowledgement of a textual problem that is calling for a solution. Yet, all too often the learner of Mishna and Gemara pays too little attention to the significance of the textual problem that has led the Gemara to feel compelled to invoke חסורי מיחסרא והכי קתני and they simply move on to the next Mishna or page of Gemara.

And this is one of the reasons why I am sending this thought out later than usual. Because learning the daf requires not only reading but reflection, and because the intellectual gymnastics that are found on the daf often demands that its learners engage in intellectual wresting with the words of the daf. For me, today was one of those days.