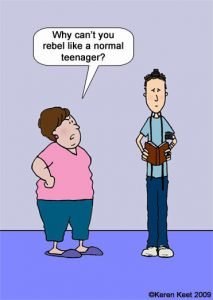 In today’s daf (Shabbat 38a) we encounter a rabbinic disagreement with significant halakhic ramifications – especially for those who are religious who are living in a less religious home.

A third opinion, not explicitly mentioned on our daf but mentioned elsewhere, is offered by Rabbi Yochanan haSandlar who says that if someone cooks food on Shabbat, whether they do it accidentally/ unintentionally (בשוגג) or deliberately (במזיד), they themselves may never eat the food. If it was cooked accidentally/ unintentionally (בשוגג), others can eat it after Shabbat, and if it was cooked deliberately (במזיד), then they too can never eat the food.

Given this debate let us now consider the following scenario: What is the law if someone who is less religious (who we presume does not fully know the laws of בישול בשבת and therefore can be considered to be acting בשוגג) cooks on Shabbat in a halakhically prohibited manner and then wishes to serve this food, on Shabbat, to a friend or relative who is particular in their Shabbat observance. May that person eat the food?

Significantly, the Rif, Rambam and the Shulchan Aruch (Orach Chaim 318:1) rule in accordance with Rabbi Yehuda. However, Tosfot and the Vilna Gaon disagree and states that the halachah follows Rabbi Meir. As the Mishna Brurah (ibid. note 7) explains, while we generally follow Rabbi Yehuda, in a time of need (במקום הצורך) we can rely on the position of Tosfot and the Vilna Gaon and therefore follow the lenient ruling of Rabbi Meir.

As someone who provides halakhic guidance to various people including students who come from less religious homes, I have been asked variations of this question on a number of occasions, and in each instance I have reviewed this debate and made reference to the invocation of the position of Rabbi Meir in a time of need.

And what – in a situation such as this – is the ‘need’? Here, the need is to maintain a positive relationship with one’s family even if – and especially if – a person wishes to make religious strides towards greater religious observance. For if religious growth means disconnecting from those who have done so much for you, how can that truly be considered growth?