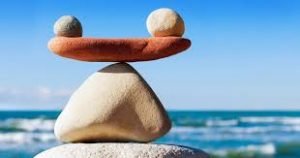 Much of todays daf (Shabbat 4a) addresses a fascinating halachic question posed by Rav Bivi bar Abaye (see Shabbat 3b) about how we deal with accidental or deliberate transgressions on Shabbat.

As we know, one of the 39 Melachot (Biblical Shabbat prohibitions) is ‘baking’ (see Mishna on Shabbat 73a) which occurs when an food item reaches a particular temperature as part of the baking process. Rav Bivi’s question concerns a situation where someone has placed raw dough on an oven on Shabbat (which they should not have done), which hasn’t yet been baked (i.e. the dough hasn’t been in the oven long enough to transgress the biblical prohibition).

In general, there is a rabbinic prohibition of removing dough from an oven on Shabbat. Here, Rav Bivi raises the question of whether this rabbinic prohibition applies in such an instance (and therefore the individual wouldn’t be allowed to retrieve the not-yet-baked-dough as a penalty for transgressing), or whether it is revoked (to save them from further prohibition)?

While the Gemara deliberates the many factors related to this question (eg. was their initial act deliberate or accidental etc.) the answer as codified in the Shulchan Aruch (Orach Chaim 254:6) is that “if someone placed an item [in an oven] on Shabbat, even if they did so deliberately, it is permitted for them to remove it before it bakes so that they do not come to commit [a biblical] transgression..”. From here we learn the general halachic principle that part of the rabbinic responsibility is to help minimize the prohibitions of those who transgress – whether accidentally or even deliberately.

At the same time, as noted in the Gemara (Shabbat 4a) and further addressed by other commentators (eg. see Mishna Berura OC 254 note 40), this permission is granted only to the person who initially placed the dough in the oven. From here we learn a further general halachic principle that part of the rabbinic responsibility is to teach people to take responsibility for their own actions.

Significantly, these two principles can clash. There can be times when Rabbis wish to minimize the transgressions by others without teaching them about personal responsibility, and there can be times when people are fully blamed for their actions without religious leaders helping them find a way to reduce the weight of transgression from their shoulders. The resolution of Rav Bivi’s question teaches us a simple lesson – both are necessary.