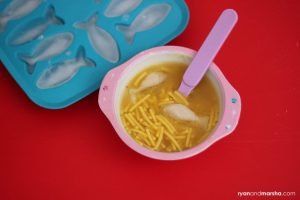 Today’s daf (Shabbat 42a) addresses a very practical question that arises in my house every Friday night, but to explain the details of the question a little background is necessary.

Jewish law forbids ‘bishul’ – cooking – on Shabbat, and this means that one may not use a fire or other comparable heat source to bring an uncooked food or liquid to the temperature known as ‘yad soledet bo’ – which is the term our Rabbis used to describe scalding to the point that the hand would recoil from touching such liquid and which Rav Moshe Feinstein (Iggrot Moshe OH 4:74, Bishul, no. 3) states is approx. 110 degrees Farenheit. At the same time, while Jewish law forbids ‘bishul’, it does not forbid cooling foods.

However, while temperature is a key factor in the prohibited act of ‘bishul’, the context of that temperature is also a consideration, and thus Jewish law distinguishes between a ‘Kli Rishon’ – a utensil which has been directly heated by a fire or other comparable heat source, and a ‘Kli Sheni’ – a utensil in which contents of a Kli Rishon have been poured.

Now back to our Friday night table where my twin daughters often complain that the soup served on Friday night is too hot and, as a result, they go to the freezer, take out 1-2 ice-cubes, and then put them into their soup to cool it down. May they do so (or more specifically, may I or another adult do this for them)?

It is important to note that were this case to consider the question of putting ice-cubes into the soup pot itself, this would be strictly prohibited and directly comparable to the case of adding a small amount of cold water into a large amount of hot water. However, in this case they are putting ice-cubes to their soup bowl which is at least a ‘Kli Sheni’, and some may even argue a ‘Kli Shlishi’ (since the ladle used to pour from the pot to the bowl might be considered the ‘Kli Sheni’), and as our daf makes it clear, it is permtted to pour cold water into a hot ‘Kli Sheni’. Given this, Jewish law permits such action, as well as pouring cold water or putting ice-cubes into a hot cup of tea.

* nb. apologies for not posting on Shabbat 40 & 41 as I was feeling a little unwell. Significantly, as those dapim refer to the importance of looking after your health, my not writing was a fulfilment of Reish Lakish’s wisdom that, ‘there are times when the [fulfilment of] foundational [Torah values] demands the cessation of formal Torah study’ (Menachot 99b). Baruch Hashem I am feeling better now. Wishing you all a Shabbat Shalom!