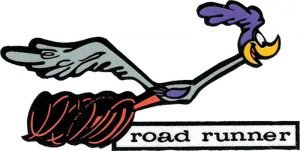 Shabbat 5a presents a fascinating philosophical-halachic question posed by Rav Yochanan. However, to understand the question a little background is necessary.

Previously (see Shabbat 3a) we discussed how the Shabbat prohibition of transferring an item from one area (eg. private) to another (eg. public) is biblically transgressed when someone (i) lifts up an item in one area, and, (ii) places it in another area. Based on this, the Gemara (Shabbat 5a) discusses the liability of someone who throws an object (which is comparable to lifting it up) that is then caught (which is comparable to placing it) by another person. As the Gemara explains, if the item fell at the intended location where the catcher was standing, then the thrower is fully liable since we consider them to have been intentionally involved in both the ‘lifting up’ (ie. throwing) and the ‘placing down’ (ie. catching). However, if the catcher needed to move from their location in order to catch the object (ie. it fell in a unintended location), then the thrower is exempt* because while they consciously ‘lifted up’ (ie. threw) the item, its ‘placing down’ (ie. catching) was clearly beyond the control of the thrower.

Based on this, Rav Yochanan wishes to know the law for a case where someone throws an object and then runs to catch it where it falls. Is the fact that only one person is involved in both the ‘lifting up’ and ‘placing down’ the compelling halachic factor and therefore they should be liable? Or is the fact that the ‘catcher’ was not, at the time of the item being thrown, in the location where the item eventually fell the key factor and so, like the above-mentioned case they should therefore be exempt*?

The Gemara does not resolve this query and leaves it as a ‘Teyku’, while Rambam (Shabbat 13:15), following his general approach to all Talmudic debates that conclude with ‘Teyku’, rules that since doubt surrounds around the issue an individual would not be liable for such an action but is still forbidden to do so*.

However, I believe that there is a further approach to understanding this philosophical-halachic question of Rav Yochanan. Let us remember, this fictional person not only wants to be involved in both the ‘lifting up’ (ie. throwing) and the ‘placing down’ (ie. catching) of the item, but they actually want to be in two places at once – the place of throwing, and the location for catching.

For some, such a person is incredibly impressive. They have fully control of their life and can even run at such speed that they can catch an item that they themselves have thrown. To use the language of the Gemara, such a person seems to have שני כחות, literally ‘two forces’, ie. they have such strength and focus that they seem to have the combined skills and force of two people.

Yet there is another way to view this person – as someone who is deeply troubled. They always insist on controlling every act in their life, they are always erratically running around, and they always want to be in two places at once. To use the language of the Gemara, such a person seems to be living כשני בני אדם, literally ‘like two different people’, ie. they seem to be unprepared to let other people in their life to help them.

Sometimes it is easy to know which category someone fits into, but there are times when the person who acts as if they have שני כחות is actually someone who is living כשני בני אדם and vice versa. Perhaps this is why the Gemara concludes its discussion with ‘Teyku’, because until we get to know someone properly, we can never really know.

* nb. in this and all other cases, ‘exempt’ means that while the performed act does not involve a biblical transgression, rabbinically it is still forbidden.
×
×