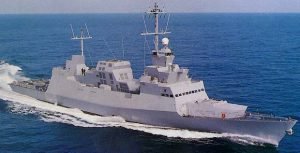 Today’s daf (50a) records a debate whether date-palm branches intended for firewood may be used as a seat on Shabbat. According Rabbi Chanina Ben Akiva this can only be done if, prior to Shabbat, a person has the conscious intention to use the branches for this purpose and also expresses this intention by tying the branches together. Rabban Shimon Ben Gamliel disagrees and only requires that the person consciously intend to use the branches for this purpose prior to Shabbat.

While the Gemara states that the halacha follows Rabban Shimon Ben Gamliel, it is of interest that it then records a story involving Rabbi Chanina Ben Akiva which, I believe, seeks to teach us a valuable lesson about how halacha is decided and recorded:

Rav Dimi related how Zeiri had told him the following story: ‘Once, Rabbi Chanina Ben Akiva went to a certain place and found date-palm branches that had been set aside for firewood. He said to his students: “Go out and have the conscious intention to use the branches [as seats] so we may sit on them tomorrow”’.

As should be clear, this ruling seemingly conflicts with the recorded position of Rabbi Chanina Ben Akiva who requires that such branches both be mentally designated to be used as a seat and tied together to physically express this intention.

‘But, [continued Zeiri], I’m not sure whether this either occurred in a house of feasting (i.e. wedding) or a house of mourning’, to which the Gemara then adds ‘what we learn from here is that [Rabbi Chanina Ben Akiva only adopted this leniency] in a situation of a house of feasting or a house of mourning where those present are exceedingly busy [and may therefore not have the time to tie the branches together]. However, in an ordinary situation, if [the branches are] tied they may be used, and if they are not tied, then they may not.’ What we learn from here is that individualised halachic rulings are always situational, and that it is irresponsible to presume that a ruling in one case applies to all cases.

However all too often this happens, and a fascinating – but by no means sole example – of how this occurs is mentioned in the responsa of Rav Shlomo Goren (Trumat HaGoren 1 No. 81). At the time of his writing this responsum Rav Goren was the Chief Rabbi of the IDF and in this role he had permitted the use of a particular type of microphone for use on the warships of the Israeli Navy due to their essential role in defending the country and protecting its citizens (see Meishiv Milchama 1 No. 37).

Somehow, members of a particular shul in Istanbul had heard about this ruling and, without rabbinic consultation, decided that they too could use this leniency. As a result, they installed microphones in their shul.

Soon after, a local rabbi raised this issue with Rav Goren, and in his reply he wrote the following: ‘the essence of my permissive ruling is based on the security needs of the nation as I explicitly stated in my responsum on the matter, and only due to the security concerns that demand that we have such warships was permission granted. Consequently, this responsum should not be relied upon in any manner for any usage of microphones on Shabbat for civilian life, and as such, they (i.e. the community) have nothing on which to rely from this responsum which has no relationship to their particular situation.’

Significantly, this responsum was written over 50 years ago. Today – with social media – the phenomenom of people widely sharing individualised rulings is even more prevalent. And this is why the point raised by Zeiri in our Gemara, and the point made by Rav Goren in his responsum, deserves repeating: individualised halachic rulings are always situational, and it is irresponsible to presume that a ruling in one case applies to all cases.
×
×