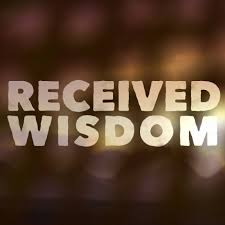 In today’s daf (Shabbat 51a) Rav Huna cites a teaching of Rebbi (i.e. Rabbi Yehuda HaNassi) that הטמנה (insulating) of cold food is forbidden on Shabbat. However, the Gemara then cites a Beraita stating that Rebbi actually permitted הטמנה (insulating) of cold food on Shabbat. Acknowledging this contradiction, the Gemara then explains that both sources are correct and that Rebbi changed his position. And why did he change his position? Because having been informed by Rabbi Yishmael the son of Rabbi Yossi that his father (i.e. Rabbi Yossi) had ruled that הטמנה (insulating) of cold food is permitted on Shabbat, Rebbi responded כבר הורה זקן – ]if an] elderly Torah sage has already [ruled on this matter and taken a position different to mine, I shall bow to their seniority and adopt their position].

But while כבר הורה זקן clearly teaches us a powerful lesson about the role of hierarchy and humility in the halachic decision process, surely the invocation of this principle which, it should be noted, is widely cited in halachic codes and responsa, raises the crucial question concerning the independence of poskim. Moreover, it seems clear in this case that Rebbi only adopts a contrary view because of his respect for a senior Torah sage and not because he is of this view based on his understanding of the sources themselves.

Clearly this topic is a broad and complex one, but while a halachic decisor must examine each case on its own halachic merits, the rendering of halacha – which seeks to transmit and honour the written and oral traditions as passed down from Sinai – also demands a loyalty to the teachings and rulings of past generations. Given this, a halachic decisor can often feel an inner tension between halacha as ‘perceived’ and understood by them, and halacha as ‘received’ by them.

Undoubtedly, there will be occasions when halacha-as-perceived must take priority. In such cases, the decisor may sincerely wish to honour the rulings of prior generations, but at that moment the needs and pressures of the hour demand a different response. However, there are other times when a decisor makes the choice to humble themselves with respect to the halacha-as-received. At such a moment their trust in the wisdom of their teachers supercedes the faith they have in their own wisdom, and it is on occasions like this – such as this case in our daf – when the phrase כבר הורה זקן is invoked.