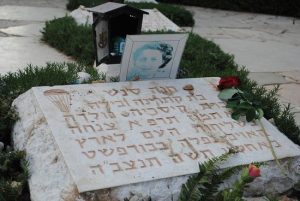 In our previous Mishna (Shabbat 5:2, 52b) we were informed that rams may go out in a public domain while לבובין. In today’s daf (Shabbat 53b) the Gemara asks what the word לבובין actually means, to which the answer is given that it refers to being ‘bound together’ and thus the Mishna is informing us that rams may go out to a public domain while bound together in pairs.

The Gemara then asks whether a biblical source supporting this interpretation of this word can be found? In response, it cites a prooftext from Shir HaShirim 4:9 stating ‘you have captured (לבבתני) my heart’, from which the Rabbis deduce that just as the word לבובין in Shir HaShirim describes the act of bringing two people close together, its use in the Mishna refers to the act of binding two animals close together.

Significantly, while Shir HaShirim – read literally – describes the love and affection of two people, the Rabbis of the Midrash understood Shir HaShirim metaphorically as describing the relationship between the Jewish people and God. Moreover, while the literal meaning of the word לבבתני refers to ‘capturing’ someone’s heart, the Rabbis of the Midrash understood this word to mean the ‘doubling’ of the heart. Thus among the various Midrashic interpretations on this verse (see Shir HaShirim Rabbah 4) is one which teaches that while the Jewish people had just one heart while enslaved in Egypt, they doubled their heartfelt loyalty to God through the blood of circumcision that they shed in Egypt, and through the blood of the pesach sacrifice that they offered in Egypt. Thus the personal risk and the courageous acts performed by our ancestors in Egypt expressed their great loyalty and deep love for God.

Today it is Yom Hazikaron, Israel’s remembrance day, when we recall the lives of all the soldiers killed and injured in defense of Israel along with all the victims of terror killed and injured by our enemies. Yom Hazikaron is a day that reaches into the depths of our individual and collective heart, and today we remember the heartfelt love, loyalty and self-sacrifice of our national heroes whose dedication to God, to Am Yisrael and to Eretz Yisrael inspired them to put their lives in grave danger to protect their people.

As we know, it is customary for the hebrew letters .ת.נ.צ.ב.ה – which are an acronym for: תהא נפשו/ה צרורה בצרור החיים – “May his/her soul be bound up in the bond of life” – to be engraved on Jewish tombstones. In general, it is understood that this phrase describes the souls of the departed which we hope to be bound up and attached to God in the next world. But on Yom Hazikaron, this binding happens in this world. Today, relatives and friends of those killed reflect on their love and their loss of their loved ones, and when they do, the hearts of the mourners and the hearts of those being mourned become one, לבובין, bound up, while we – as a nation – are deeply humbled as we are reminded that our gift of life in the land of Israel is לבוב – bound up with the sacrifice of the lives of so many. תהי נפשם צרורה בצרור החיים
×
×