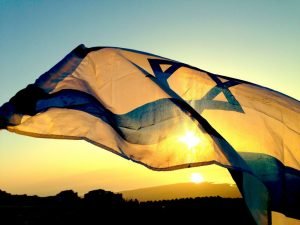 In our previous Mishna (Shabbat 5:2, 52b) we were taught that ewes may go out in a public domain on Shabbat while כבולות. In today’s daf (Shabbat 54a) the Gemara inquires what the word כבולות actually means, to which it responds that it refers to the tying together of the ewes tails in order to prevent them from being impregnated by rams.

The Gemara then asks whether a biblical source supporting the interpretation of כבולות as referring to something that is unable to bear fruit can be found? The answer provided is a prooftext from Melachim I 9:13 where the twenty cities in the Galil that Shlomo gave to Hiram, king of Tyre, approximately 3,000 years ago, are referred to as ארץ כבול. As the Gemara explains, this term was used either because it alludes to the inhabitants of that region who were unproductive, or to the poor quality of the land in that region which was marshland (‘one’s foot would sink into it up to the כבלא – ankle’) and therefore was unable to bear fruit.

Significantly, for much of the past 3,000 years, much of the land of Israel was marshland or desert where little was able to be grown. During this period much blood was shed in the land, and the Jewish people were twice exiled from the land. In fact, when the Ramban came to Israel around 800 years ago, he described it as a desolate land where ‘the holier the place, the more it lies in destruction, and Jerusalem lies in ruins worst of all’.

But the Jewish people did not lose hope. They prayed for the time when Jewish life could return to the land and when the land would come back to life. They fervently believed in the words of our holy prophets that our people would return to the land from the four corners of the world. And they dreamed of a time when Israel would become fertile again and would yield its precious fruit to the people (see Yechezkel 36:8) – which our Sages teach us (see Sanhedrin 98a) is a sign that redemption is near.

The journey was slow and it demanded huge self-sacrifice. But in the decades prior to the establishment of the State, and especially in the 72 years since the State of Israel has been in existence, this is exactly what has happened.