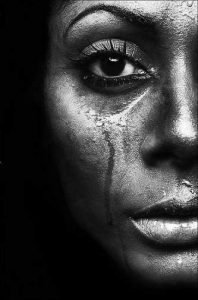 Today’s daf (Shabbat 55a) records an incident that I wish I could say has not been repeated since. It describes how a woman came to a court where the senior sage Shmuel and the more junior sage Rav Yehudah were sitting and cried out (צווחה) to them about something terrible that had happened to her (nb. given the use the same word צווחה in Ketubot 51b with reference to rape, the word as used here likely refers to physical or sexual abuse). However, Shmuel did not respond to the woman.

Astounded by the silence of his mentor, Rav Yehudah challenged Shmuel: ‘Master – don’t you believe [in the words of Mishlei 21:13] that, “one who closes his ear to the cry of the poor, he too will call and not be answered?”’. To this, Shmuel responded by explaining that while God might punish him for his lack of response to this woman, the person who will suffer the full consequence mentioned by Rav Yehudah is Mar Ukva, Shmuel’s senior and the head of the court. This is, as Shmuel continued, because Mar Ukva who has the power to render a judgement with respect to this woman’s anguished plea, and to support his claim, Shmuel then cites a verse from Yirmiyah 21:12 which suggests those who are held most responsible for moral injustices are those who could do the most in preventing or addressing them.

This story is complex, confusing, and frustrating, and to try and make sense of it I would like to turn to a responsum of the sixteenth century Rabbi Shlomo Luria (see Teshuvot Maharshal 24) concerning a further disturbing case that was brought to him for his opinion concerning a widow who herself was maligned, manipulated and raped by a man who then later sought to extort money from her. In this instance the case had already been brought to a different Beit Din headed by Rabbi Yosef Kohen, but prior to him reaching his conclusions, some friends of the woman wrote to Rabbi Luria to ask his opinion on the case, and it is in his introductory remarks where Rabbi Luria refers to our Gemara while attempting to consider the position of Shmuel and the moral responsibility of those who hear of such horrific cases.

Specifically, Rabbi Luria raises a technical question from this story: if Shmuel was correct that it was truly improper for him to undermine the seniority of Mar Ukva by first offering his opinion, then why did he think that he would be punished for his silence? And if Shmuel was simply unable to render a ruling in the absence of Mar Ukva, why didn’t he simply explain this to the woman?

Given these questions, Rabbi Luria suggests that the woman actually came to speak with Shmuel to ask for him to directly petition Mar Ukva to consider the merits of her case. However, out of fear that Mar Ukva would have been offended by his intervention, Shmuel remained silent. Still, Shmuel felt guilty for his silence, and this is why he thought God would still punish him.

Applying this interpretation to the case that he was asked to address, Rabbi Luria explains that while his remarks will be of the category of halachic opinion and not a formal halachic ruling, he chooses to act differently to Shmuel and staunchly advocate for this widow because, ‘all those blessed with Torah knowledge should turn things upside down (i.e. do whatever is possible) for the sake of widows and orphans.’ If only there were more leaders like this today!

Of course there is a profound sense of irony in our Gemara where it describes a religious leader being challenged by a junior who then makes an argument that it is not his place to challenge his senior. As such, Rav Yehudah serves to teach us that hierarchy fades into insignificance when leaders are called upon to stand up to moral injustices. Similarly, the remarks of Rabbi Luria also come to teach us that the possible accusation from rabbinical colleagues of rabbinic meddling should be a criticism one is prepared to accept to help those who are in need.

Still, let us not forget that the true hero in both these stories are the women who, having suffered greatly, chose to speak up notwithstanding the personal risk. Sadly, whatever inner struggle Shmuel experienced, the woman who turned to him was ignored, and as such Shmuel’s response becomes an example of what not to do. And then we read the responsum of Rabbi Luria who teaches that ‘all those blessed with Torah knowledge should turn things upside down’ to help those in need, and who makes it clear to the brave woman who had suffered so much that her voice had been heard, that the law of the Torah was on her side, and that she was not alone.