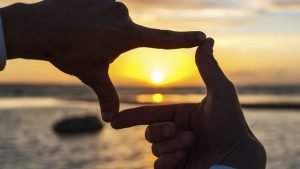 Among the head and hair ornaments discussed in today’s daf (Shabbat 59b) that according to rabbinic law may or may not be worn in a public domain on Shabbat is a כלילא, a tiara.

Significantly, the Gemara discusses two types of כלילא: (i) One that is made from a hammered piece of gold or silver, and, (ii) one that is made of fabric on which precious stones and gold pieces are attached, and in our Gemara, different opinions are offered and different interpretations of these opinions are presented either to permit or forbid the wearing of each type of כלילא.

However, what particularly interests me is the story we are told concerning Levi – about whom the Gemara goes out of its way to inform us had only recently moved to Nehardea – who ‘taught in Nehardea that it is permitted to wear a כלילא (on Shabbat)’. The Gemara then records that, in response to Levi’s permissive ruling, twenty-four different women who possessed tiara’s and who had never worn them on Shabbat in public were seen doing so.

As mentioned, Levi was a newcomer and an ‘outsider’ to Nehardea, and as someone who visits different Jewish communities around the world I can attest to the fact that it takes a while for outsiders to grasp the nuanced and historic interrelationships that exist between individuals and institutions in any given community. Given this, outsiders should think very carefully before deciding to share their opinions about how specific communities operate.

At the same time, it should also be noted that outsiders also have the gift of perspective, and if they are given sufficent understanding of a given community where they may be visiting or where they may have recently moved to, they can often identify challenges and opportunities that others, who may have been in the community for many years, have somehow overlooked.

But there is a second element to this story, and this concerns the fact that once Levi presented his position, twenty-four different women who possessed tiara’s and who had never worn them on Shabbat in public were seen doing so. Of course, some people may find the very example of a tiara of amusement since this was a precious item that few could afford. Still, what this teaches us is that there are many people who may not explicitly raise halachic queries from religious guides about specific actions, but who are deeply grateful when rulings are issued that permit something that they’ve always wished to do.

Though there are many examples we can offer on this point, one that brings back a powerful memory for me concerns Shabbat Eruvim (which permit the carrying and pushing of items on Shabbat outside of private homes). While much of my life in the UK was based in a town called Edgware (where an Eruv has been operational since 2006), it so happened that I spent the first Shabbat when the first major London Eruv (known as the ‘North-West London Eruv’) was operational (in February 2003) with some dear friends in Golders Green, and like Nehardea where ‘twenty-four tiaras emerged’, on that given Shabbat, hundreds of people who, for reasons of disability or other limitations due to having young children had not meaningfully left their home on Shabbat, ‘emerged’ from their homes and had a wholly different Shabbat experience.

Clearly this speaks volumes about the need for community leaders to do all they can to provide halachic solutions for their community. But what is no less important to note, both about the women in Nehardea and about many of those who ‘emerged’ from their homes that Shabbat, is that perhaps only a handful of people necessarily raised halachic queries from religious guides about such actions prior to permission being granted.

Undoubtedly, religious leaders – like all leaders – must prioritise. However, my many years of observing religious leaders has taught me that that they often prioritise the issues that are most regularly and most vocally expressed by those with whom they are in regular contact, yet they can at times overlook the fact that there are many people who struggle with different issues, who do not explicitly raise halachic queries, and who wait in silence to be noticed, to be heard, and for their needs to be met. Sometimes this happens, sometimes it doesn’t, and sometimes it takes an outsider to see what locals cannot see.