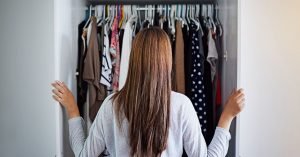 I mention all this in light of our daf (Shabbat 60a-b) where, in explaining the basis of the rabbinic ruling prohibiting the wearing of hobnailed sandals on Shabbat & Yom Tov, the Gemara records a terrible incident from the time of the Hadrianic persecution.

At the time, a group of Jews were hiding from the Romans in a narrow cave, most likely on their hands and feet one behind the other. Suddenly, they were startled by the sound of the nearby Roman soldiers, and panicking and fearful that they were about to be get caught, they started pushing each other forward.

Unfortunately, because these Jews were gathered together so tightly, and because they were all wearing hobnailed sandals, their agitated movements inflicted terrible wounds on each other, and as the Gemara records, this resulted in the fact that ‘they killed more of each other than the enemies did’.

Based on the Gemara’s different descriptions it seems that only a small group of people survived this horrific incident who then relayed its gruesome details to the wider Jewish community. Naturally, the community would have been incredibly distressed by this story, and it seems that from then onwards, the mere sight or sound of hobnailed sandals was unsettling for many Jews.

By doing so, our Rabbis affirmed a simple yet powerful fact that personal and national memories can often be triggered by clothes, by shoes, and in this case, even by the very sound of a particular type of sandal.