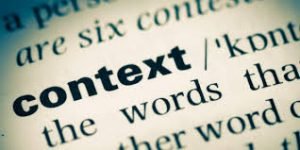 The Mishna (Shabbat 6:4) in today’s daf (Shabbat 63a) opens with a clear statement that a man may not go out in the public domain on Shabbat with a sword, bow, shield, club, or spear, and that if he did, he would transgress the Torah law of ‘Hoza’ah’ (carrying) on Shabbat. Rabbi Eliezer disagrees, arguing that just as numerous other artifacts are categorised as תכשיטין (ornaments) and may be worn on Shabbat, so too, these items should be regarded as תכשיטין. The Sages respond with an absolute rejection of the claim that a weapon can be a תכשיט and instead quote from Yeshaya 2:4 expressing the hope that, one day, ‘they shall beat their swords into plowshares..etc.’

Having cited a biblical prooftext it is clear why the Sages do not regard a weapon as a תכשיט, but what is far less clear is why Rabbi Eliezer does. The Gemara soon addresses this point by citing Tehillim 45:4: ‘gird your sword upon your thigh O mighty one; it is your glory and your majesty’, and it is presumed that it was on the basis of this verse that Rabbi Eliezer derived that a weapon (i.e. sword) can be an ornament (i.e. glory and majesty).

Rav Kahana then raised an objection – not so much to the position of Rabbi Eliezer but rather to the claim that this verse could be used as a supportive prooftext. This is because Rav Kahana had always understood Tehillim 45:4 metaphorically to refer to the words of Torah (i.e. that a person should always be attached to the Torah they study which is their glory and splendour). In reply, Mar the son of Rav Huna taught Rav Kahana that אין מקרא יוצא מידי פשוטו (which Artscroll translates as ‘a verse never departs from its plain meaning’, while Steinsaltz translates as ‘a verse does not depart from its literal meaning’). Rav Kahana then mused that even though he had mastered all of the formal rabbinic teachings by the age of 18, this was the first time he had been taught this principle of אין מקרא יוצא מידי פשוטו.

A possible reading of this text, especially if one translates the word פשט as ‘plain’ or ‘literal’, leads one to the conclusion that Rav Kahana was so engrossed with metaphorical readings of Tanach that he ignored the basic meaning of its verses. However, as Rabbi Zvi Hirsch Chajes points out, Rav Kahana still observed the laws of the Torah which means that there would have been plenty of occasions when his reading of the Torah could not have been purely metaphorical. So how could it be that Rav Kahana read Tehillim 45:4 yet was unable to see how its words could directly refer to a real sword?

Addressing this point in his ‘Peshat & Derash’ (pp. 58-61), Rabbi Dr. David Weiss-Halivni explains that ‘while it is true that the simple meaning of the word ‘sword’ is an actual, physical sword (not the ‘words of Torah’), it is not true, I believe, that Rav Kahana did not know that. It is extremely unlikely that Rav Kahana had not heard of the many derashot where biblical verses (or words) were metaphorically or allegorically exposited while at the same time retained their simple meaning…One may, however, make a distinction and say that in the case of halakhic texts, the halakhic meaning is primary, the aggadic meaning secondary. The latter therefore cannot displace the former. However, in the case before us, the simple meaning of ‘sword’ is empty, devoid of significance, for it is certainly not the purpose of the Psalmist to tell the hero to gird his sword…It takes on significance only when transformed into a metaphor.’

Having explained all this, Halivni then turns to address the meaning of the word פשט: ‘Rav Kahana should have known – and indeed did know – that if the Torah is compared to a sword with respect to glory and majesty then the sword, too, is glorious and majestic, that it, too, is an adornment. Rav Kahana objected to Rabbi Eliezer’s reasoning because Rav Kahana thought that the verse in Psalms was constituted of two halves! The first half, ‘Gird your sword upon your thigh,’ talks about a sword, which serves as a metaphor for the words of Torah; and the second half, ‘your glory and your majesty’ talks about the words of Torah only… He therefore objected to Rabbi Eliezer’s proof from the second half of the verse that a sword is an adornment. That part of the verse talks about the words of Torah, not about a sword. The words of Torah are glorious and majestic, not the sword. To which Mar the Son of Rav Huna replied: ‘No text can be deprived of its peshat (meaning its context, its connection with what was said before and what was said after). You cannot sever the phrase ‘your glory and your majesty’ from its context, from its connection with the first half of the verse, with the word ‘sword’’.

Interpreting the word פשט as as ‘plain’ or ‘literal’ and the phrase אין מקרא יוצא מידי פשוטו as ‘a verse never departs from its plain/literal meaning’ leads to the conclusion that Rav Kahana was so engrossed with metaphorical readings of Tanach that he ignored the basic meaning of the word ‘sword’. But, as Halivni argues here, understanding the word פשט as ‘contextual meaning’ leads to a very different conclusion, and in the case of our daf, rather than addressing whether rabbis should pay attention to the literal meaning of words, it presents an important and nuanced debate about whether the context of words necessarily gives meaning to specific words.