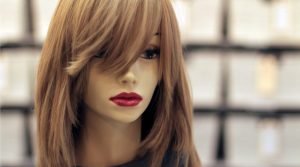 Continuing its discussion of various ornaments that may be worn on Shabbat, the Mishna (Shabbat 6:5, 64b) informs us that a woman may go out on Shabbat wearing a פאה נכרית – a wig (or what is commonly referred to as a ‘sheitel’), and according to the 16th century Shiltei Gibborim (page 29a in Dapei HaRif), this ruling – which refers to beautiful hair that women would place on top of their own hair – provides a source that a married woman may fulfil her duty to cover her hair while wearing a wig either made from the hair of another woman or made from her own hair, adding that ‘even though such an ornament (i.e. wig) would make a woman appear as if the [wig on her head] is her own hair, this is of no concern’. Significantly, the 16th century Rabbi Moshe Isserles (Rema) – whose yartzeit falls this week on the 18th of Iyar (Lag BaOmer) – repeats this ruling almost verbatim in his Darchei Moshe (OC 303:6), with him making further reference to wigs in his gloss to the Shulchan Aruch (OC 75:2).

However, while both the Shiltei Gibborim and the Rema assert that there is no problem for a woman to wear a wig even if it appears as if it her own hair, and even if it is made of her own hair, and while many others have also permitted women wearing wigs in fulfilment of their duty to cover their hair (e.g. Magen Avraham OC 75:5) including a number of Sephardic authorities (e.g. Kaf HaChayim 75:19, Yaskil Avdi 7 EH 16), a minority of authorities disagreed and took a stricter position – either on the principle of wigs as effective halachic hair coverings, or the principle of the effectiveness of wigs made of the wearers own hair.

Significantly, one of the most oft-cited objections to such a practice by those who take this stricter view (see Maharil Diskin Kuntres Acharon 203, Chessed L’Avraham EH 87, Yeshuvot Yaakov OC 75:3, Mishna Berura OC 75:15) is the claim that a woman, whose wig appears as if it is her own hair and thereby looks as if she is not covering her hair – contravenes the law of Mar’it Ayin which, it should be noted, is also a law mentioned on Shabbat 64b.

As mentioned, this specific point was previously addressed by both the Shiltei Gibborim and the Rema. However, it was also addressed more recently in a fascinating responsum by Rabbi Moshe Feinstein (Iggrot Moshe EH II 12) in response to a question from Rabbanit Techiya Lappa that was apparently summarised in a letter that her husband Rabbi David Lappa had written to Rabbi Feinstein.

In his responsum Rabbi Feinstein makes reference to our Mishna; he states that we do not innovate cases of Mar’it Ayin; he notes that many women often know when a woman is wearing a wig; and he explains that we have a duty to given people the benefit of the doubt on this matter – especially when a woman is known to be mitzvah observant. However, what is of particular interest is the argument Rabbi Feinstein uses towards Rabbi David Lappa who himself seemingly adopted the stricter view on this matter and apparently opposed his wife wearing a wig.

As Rabbi Feinstein explained, it is of interest that the Torah forbids men from shaving with a blade or razor, yet it is common practice for Jewish men to cut their beards close to their skin with scissors or powders (or today with electric shavers) and no claim is made that they contravene the law of Mar’it Ayin. Thus he concludes his responsum saying:

‘even if you wish to be strict, you cannot impose your strictures on your wife as [the law of hair covering] is her law – especially since she is doing according to the law according to the majority of poskim …and if you are among those who have the custom to shave with powder or scissors in a way that it appears that you have used a blade or razor and you have not been concerned about yourself regarding Mar’it Ayin …certainly it is not appropriate for you to be strict with respect to your wife wearing a wig, for by doing so, you will be contradicting your own practice for the very same reasons’.
×
×