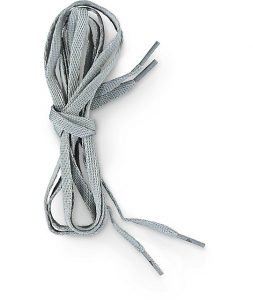 There are times when a curious or cryptic Gemara beckons its learner to dig beyond its initial reading, and a case in point is today’s daf (Shabbat 66b) which, based on the particular reading I shall present below, moved me to tears.

The Mishna (Shabbat 6:9) informs us that boys may go out on Shabbat with קשרים, literally ‘ties’, which leads the Gemara to enquire what these קשרים are.

The first answer, as cited in the name of Rav Yehuda, is that it refers to garlands of the madder plant that were tied together for medicinal qualities and worn around the neck. However, as the Gemara then points out, this reading is problematic for a variety of reasons.

Given this, the Gemara then records a second answer as cited in the name of Rav Chama bar Gurya which suggests that this refers to a בן שיש לו געגועין על אביו – a son who misses his father, נוטל רצועה ממנעל של ימין – who takes a strap from the right shoe, וקושר לו בשמאלו – and ties it to his left arm (in a manner akin to tying tefillin). As Rashi and the Rambam suggest, this refers to a son whose father is about to leave him for an extended period of time and who uses the shoe strap as a form of comforter.

Before proceeding it should be noted that while Rashi and others make generalized remarks that these feelings of anxiousness apply more to a son than a daughter due to what is claimed to be the closer father-son than father-daughter relationship, I am unconvinced by this at least in terms of how we live today. Instead, I think that the only reason why son was mentioned here is that this specific act of tying of a strap around the arm, which the Gemara explains appeared like the son was tying tefillin, was only prevalent among boys at the time (nb. as the Mishna notes, the examples that it lists were merely reflective of prevalent customs and may have other comparable cases).

However, there is an alternative reading of this Gemara, one that refers not merely to missing a parent who is not at home, but missing a parent who has left this world and will never return. As both Rabbeinu Hananel and the Aruch suggest, the case mentioned in our Mishna refers to child whose father (although, as mentioned, I believed this applies to either parent) has died. Feeling a profound sense of confusion, depression and loss, the child wants to find a way to stay ‘tied’ to the parent. As such, they take a shoe strap/string – which, significantly, is used to ‘tie’ shoes – from their deceased parents’ shoe, and ‘tie’ it around their arm. As Rabbeinu Hananel explains, by doing so, this is משקיט לבו, i.e. it brings some calm the heart of the child. In fact, based on the next line in the Gemara, both Rabbeinu Hananel and the Aruch explain that a shoe strap/string used for this purpose can be so essential to the mental health of the child that removing it can be a danger to them, and this is why the child may go out while wearing this קשר on Shabbat.

Understood this way, I believe our Gemara offers a profound insight into the mental health challenges of all those, and especially children, who experience pain and loss, and what particularly brought me to tears was my mental image of a child wearing a worn shoe strap/string of their deceased parent around their arm, with the hope that by doing so they would feel just a little more connected and a little more ‘tied’ to them.

Yet beyond this powerful imagery, we must not ignore the practical implications of this ruling. As it happens, just last week someone asked me a halachic query concerning whether they could do something during their year of mourning for their parent that, while is generally not customary, they explained would help them feel connected to their parent. I thought about their query for some time and, of course, examined the specific halachic topic in depth, but undoubtedly it was the mental health of the questioner that was a significant factor in my affirmative response.

Significantly, in the case that I examined the questioner was an adult. But while children and adults may respond to loss in different ways, both feel loss and both wish to do all they can to maintain their קשר with their deceased parent.

What we learn from here is that there are many instances when the mental health needs of a person must be considered in the halachic guidance offered to them and that there may be situations when, while someone appears to be doing something halachically improper, they are actually fulfilling the mitzvah of protecting their life.