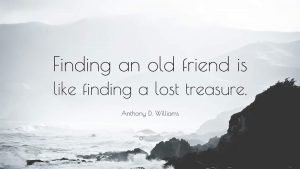 In today’s daf (68a) the Gemara explores the phrase השוכח עיקר שבת and initially asks whether it refers to someone who was previously knowledgeable of the laws of Shabbat and then subsequently forgot them. However, notwithstanding this seemingly being the obvious meaning of the word השוכח, the Gemara answers by stating that it actually refers to someone who was somehow forgotten and who was therefore never taught the essence of Shabbat.

As the Gemara then explains (Shabbat 68b), at that time those who fit into this category were a small group of Jews such as those who were captured as babes and raised in non-Jewish homes, or those who converted to Judaism but were not given a full understanding of the essence of Shabbat. Sadly, today there are many many Jews who, for a range of reasons, fit into this category of השוכח עיקר שבת.

In some instances their families forgot – either out of circumstance or choice – to pass on a comprehensive understanding of Judaism including an appreciation of the essence of Shabbat, while in other cases, their schools forgot to provide a sufficiently broad understanding of Judaism that inlcuded an appreciation for the true essence of Shabbat. Still, as numerous commentaries explain, the language of the Mishna remains difficult – how can we use the term השוכח in relation to someone who never previously had the knowledge?

To answer, I believe we need to turn to another rabbinic passage where we are taught that prior to being born, every Jew is invested with understanding of the Torah (Niddah 30b). Then, just before they are born, this is all forgotten. Yet, as Rav Soloveitchik explains, while this understanding is consciously forgotten, ‘it is preserved in the deep recesses of the soul, waiting to be awakened by study and a favourable environment’ (Reflections of the Rav p. 61).

There are some people who are blessed with a favourable environment or with opportunities to study which thereby awakens their soul. Some, however, are not, and in such situations this memory is – in some way – forgotten once again, which is why those of us blessed with an understanding of “the essence of Shabbat” have duty not only to celebrate this gift but to share it with others as well.

And when such a Jew who has been forgotten for whatever reason experiences “the essence of Shabbat”, something truly incredible happens; they do not merely connect with Shabbat – they re-connect with it like a long-lost yet beloved old friend.