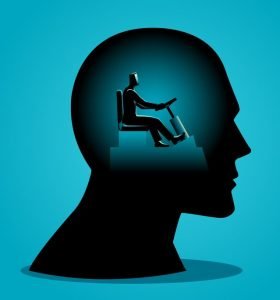 Having discussed the spiritual liabilities of someone who unintentionally transgresses the melachot of Shabbat, today’s daf (Shabbat 72b) considers the spiritual liabilities of someone who involuntarily worships an idol. However, a closer look at this discussion as well as the origin of this discussion in Massechet Sanhedrin 61b reveals a profound theological debate between some of our greatest Torah teachers, as well as the dangers of relying just on translations of the Talmud.

According to Rashi (on Shabbat 72b DH M’Ahava), this refers to someone who serves an idol out of love or fear of a person. An example of this might be a person whose parent demands that they serve an idol towards who does so due to their fear of their parent or their sense of indebtedness towards them. Significantly, both the Artscroll and the Koren edition present the case this way.

However, there is a completely different way to read this case as stated by the Rambam (Hilchot Avodat Kochavim 3:6) who suggests that what is being discussed is someone who serves an idol out of love or fear of the idol – meaning someone who is enamoured by the appearance of an idol and worships it for that reason, or scared that the idol may do them harm were they not to worship it and therefore performs acts of worship towards it.

However, there was significant push back to Rambam’s position. Rabbi Yitzchak ben Sheshet Perfet (1326–1408) – otherwise known as ‘Rivash’ – argued that ascribing any power to an idol is surely considered an act of idolatry, with his opinion also being cited by Rav Yosef Karo in his Kesef Mishne commentary to the Rambam.

Yet, as the recently deceased Rav Nahum Rabinovitch zt’l points out in his Yad Peshuta commentary to the Rambam, this explanation has an earlier provenance than the Rambam. It is mentioned by Rabbeinu Hananel in his commentary on the Talmud; it was referenced by Rabbi Nathan ben Yechiel of Rome, and, as noted in the Otzar HaGeonim on Massechet Shabbat, it was the position of Rav Hai Gaon.