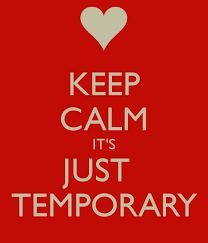 Today’s daf (Shabbat 74b) discusses some of the 39 prohibited melachot listed in the Mishna (Shabbat 7:2) including the melachot of הקושר (tying) and המתיר (untying).

As we know, we derive the prohibited Shabbat melachot from the actions necessary for the construction and maintenance of the Mishkan. Given this, the Gemara begins its discussion about הקושר (tying) by asking: ‘where was there tying in the Mishkan?’. Rava answers by noting how some of the covers of the Mishkan were tied onto tent pegs and thus this is an example of הקושר in the Mishkan. However, the Gemara rejects this answer since whenever these ties were made, they were done with the knowledge that they would need to be undone. As Rashi explains, since such ties are not considered to be a קשר של קיימא – a permanent tie, we cannot derive the prohibited of tying a קשר של קיימא from them.

However, as numerous commentaries point out, this rebuttal seems strange. This is because the Mishkan resided in some locations for 1-2 years, and in Kadesh Barnea for 19 years (see Rashi on Devarim 1:46)! On this basis can we really claim that a knot that has been tied in one place for 19 years is not a קשר של קיימא?!

To answer this question we must consider the mindset of Bnei Yisrael whenever they encamped in any particular place. We know that the journeys of Bnei Yisrael were determined by the movement of the pillar of cloud and the pillar of fire (see Bemidbar 9:15), and that ‘according to the word of God they would journey, and according to the word of God they would encamp’ (ibid. 9:18). What this means is that the intentionality of tying the covers of the Mishkan was always temporary, which is why the Gemara rejects this example.

In light of this explanation we can learn that while a person can be in a physical place for a lengthy period of time, if they live with the mindset that they are always ready to move as-and-when God gives them a sign, then they are not permanent residents. Instead, like the Mishkan, they have merely made this place their temporary home until God shows them how to find their way to their ultimate destination.