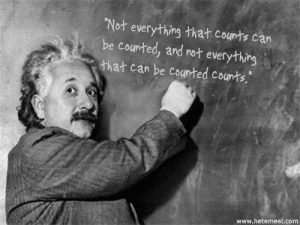 Towards the end of yesterday’s daf (Shabbat 75b) was a Mishna (Shabbat 7:3) outlining the general rules (כללים) pertaining to the type of product or size of product that, if consciously carried from one domain to another, would require the carrier to bring a sin offering for having transgressed the melacha of המוציא מרשות לרשות.

According to the Sages, if a product is of sufficient value or use to a person that they would deliberately store it for future use, then this affords the product with inherent purpose, value and importance, and thus all people would be liable if they carried such a product מרשות לרשות. However, as the Gemara (Shabbat 75b) explains, this is not the opinion of Rabbi Shimon who rules that only someone who themselves stores a product of that type or size would be liable, whereas someone else, such as someone more affluent who does not see inherent purpose, value or importance in a product of that type or size, would not be liable.

Today’s daf (Shabbat 76a-b) continues to explore this topic with the Mishna on Shabbat 76a defining the quantities of food that some people would store for future use (e.g. to feed animals) and the Mishna on Shabbat 76b doing the same with respect to liquids (e.g. for drinking, annointing or healing), and it is here where Rabbi Shimon states that the minimum quantity of liquid that, if carried מרשות לרשות would require a person to bring a sacrifice, is a *רביעית, while all the previous measures and quantities listed by the Sages only apply to those who would deliberately store such quantities for future use.

Clearly inherent in this discussion is the question of whether we measure the inherent purpose, value and importance of objects subjectively (i.e. based on what people choose to store), or objectively (i.e. based on a universal measure such as a רביעית). However, while the Mishna (on Shabbat 75b) suggests that there are general rules (כללים) about the types and quantities of products that are important to most people, and while Rabbi Shimon asserts that there are objective rules that should apply to at least some of these cases, the Rambam (Shabbat 18:22) does not employ the word ‘rules’ (כללים) at all, and this leads Rabbi Nahum Rabinovitch zt’’l to claim in his Yad Peshuta commentary that Rambam felt it improbable, if not impossible, to make absolute rules in this area other than with respect to very unusual cases (as discussed at the end of Shabbat 75b).

What we learn from here is that what for one person is a useless product may have considerable value to another, and what for an affluent person is worthless may, for someone else, be incredibly precious. Of course it is often easier, as Rabbi Shimon does here and as do other scholars elsewhere in the halacha, to speak of absolute universal measures, and there are certainly times when universal measures are required. However, we must never forget that there is a difference between measures and value, and what is valuable to some may not be to others.
Go to Top