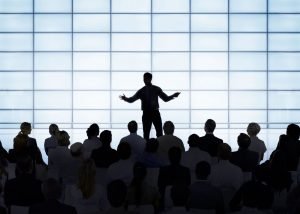 In today’s daf (Shabbat 80b) we find fascinating story about a Galilean who came to Babylon, likely in the late 2nd century, and who was asked by a group of people to teach and explain מעשה מרכבה) which is a term used in Mishna Chagigah 2:1 to refer to the mystical messages embedded in the prophetic descriptions in Yechezkel Ch. 1, and which Mishna Chagigah also informs us should not be taught in public). Then, just prior to delivering his discourse, this unnamed person proclaimed he would be explaining מעשה מרכבה ‘as Rabbi Nehemiah had done to his colleague’. Suddenly, a hornet emerged from a wall, stung him in the forehead, and he died.

On first glance, and as Rashi explains here, this person was punished because he contravened a well-established rule against the public teaching of mystical secrets. However, I believe that there are at three further lessons we can draw from this story which are likely to have been contributory factors to it being recorded here.

To begin with, it is important to note that while 1st century teachers from the Galilee such as Chanina Ben Dosa and Choni the Circle-Drawer were renowned for their interest in the mystical and often even regarded as miracle workers, Galileans were generally viewed by the Sages as being halachically ignorant (Mishna Nedarim 2:4, Mishna Pesachim 4:5, Pesachim 112b, Eruvin 53b) – which is why the Sages were deeply concerned when Galileans sought to publicly preach because someone who is not fully acquainted with or fully committed to the full gamut of Jewish law is simply unqualified to be a public Torah teacher.

In this story we have a Galilean who is seemingly doing just this by ignoring a well established rule against the public teaching of מעשה מרכבה while claiming to be an expert in the realm of the mystical. What we learn from here is that those who claim to be expert in the mystical teachings but who are either ignorant of, or dismissive of, the full gamut of Jewish law fundamentally misunderstand the interelationship between the ‘revealed’ and ‘hidden’ areas of Jewish learning. Undoubtedly, this lesson remains as relevant today as it was 2,000 years ago.

A second lesson we can draw from this story relates to the Galilean’s proclamation that he would be explaining מעשה מרכבה ‘as Rabbi Nehemiah had done to his colleague’. Aside from this remark demonstrating his ignorance in distinguishing between Rabbi Nehemiah sharing mystical teachings with a singular colleague (which may be done where the student is worthy – see Chagigah 14b) and he sharing with a group of people (which may not be done – see Mishna Chagigah 2:1), this remark indicates that this unnamed Galilean presumed that he was an equivalent to Rabbi Nehemiah who was among the foremost students of Rabbi Akiva and a noted halachist. Today we would call such a person ‘big headed’, and it is significant that his demise came from a hornet who stung him in the forehead. From here we learn that a basic quality of a Torah teacher is that they are humble, and if a such a teacher does claim to be great, this should be viewed as a disqualifier, rather than a qualifier.

Finally, it is noteworthy that this individual left Israel to teach a group of people in Babylon. Given their request to ‘come and teach us about מעשה מרכבה’, it seems that these were ‘groupies’ of this unnamed charismatic teacher who were clearly enamoured by his ideas and personality just as he was clearly happy to have an enthusiastic group of followers. Moreover, by establishing a learning centre in Babylon – which at that point was not quite the centre of Jewish learning that it would soon become – it is possible that this scholar thought that he could develop a large following without being challenged by other rabbinic scholars.

Sadly, we have seen similar episodes like this in recent years, and what we learn from here is that wherever you find a charismatic mystical teacher who establishes a community in a region with little collegial oversight, it is likely that such a person is not as humble as they should be, and it is also likely that such a person is lax in their observance of normative Jewish law. Such a person is toxic and dangerous, and notwithstanding the allure of learning from such people, they should be avoided at all costs.

Overall, what this story teaches us is that where you learn your Torah from matters, and that for spiritual teachings to have true integrity, so too must the person teaching them.