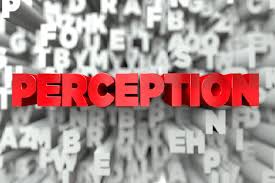 Continuing the theme of this chapter concerning the measure of an item/items that is deemed to have inherent purpose, value and importance and that would render someone liable if they carried it/them מרשות לרשות, today’s daf (Shabbat 81b) records a fascinating incident discussing the size and quantity of stones that a person may carry on Shabbat in order to wipe themselves after they have relieved themselves.

The story begins with a question posed by Zonin (who was a senior member of Rabban Gamliel’s household who, according to Rashi in his commentary to Avoda Zara 55a was Jewish, but according to Maharsha may not have been) who came to the Sages in the study hall and asked: ‘My teachers! Stones used in the toilet – what is their measurement (i.e. how many may be carried)?’ The Sages answered Zonin by stating that three stone may be carried, and they then explained that each should be of a different size – one the size of an olive, another the size of a nut, and a third the size of an egg.

Zonin then replied to the Sages, saying: ‘And is someone really going to bring a a set of scales with them?’ (i.e. do you really think that someone is going to be so particular about using stones of such particular sizes?). We are then told that נמנו וגמרו – the Sages took a vote and concluded that, in fact, the relevant measure here is מלא היד – a handful. Yet it is strange that the phrase נמנו וגמרו is used here since other decisions reached by the Sages through the process of נמנו וגמרו often relate to controversial questions involving significant public interest.

Of course, a simple way to read this exchange is to view the Rabbis as being excessively insistent about using items of specific units and measures even for the most basic of human needs which is then challenged by Zonin whose compelling argument forces them to reconsider their ruling.

However, as a number of commentaries point out, ‘the size of an olive, another the size of a nut, and a third the size of an egg’ mentioned by the Sages are measures of approximate volume not measures of precise weight, thereby making Zonin’s retort of ‘is someone really going to bring a a set of scales with them?’ irrelevant. Given this, I believe that this episode can be understood as a case study in how Rabbinic leaders respond to those who are dismissive of certain halachic practices especially when they involve various measures which – to them – seem nonsensical.

As previously mentioned, the central question being addressed in the Gemara is what can or cannot be carried on Shabbat, and specifically in this case, what can or cannot be carried on Shabbat for the sake of human dignity. In fact, by suggesting that people can carry three different sized stones, the Rabbis are trying to make it clear that nobody should feel that their dignity need be compromised even on Shabbat and that they can carry whatever they need. But rather than interpreting the ruling of the Sages in this spirit, Zonin – who let us remember intiated this conversation – used this as an opportunity to criticize rabbinic law. According to this interpretation I believe that this then led the Sages to ask an important question: Should our halachic rulings include measures and details notwithstanding the possibility that people like Zonin may make fun of them? Or should our rulings be more general notwithstanding the possibility of misinterpretation?

Understood this way, it makes sense why the term נמנו וגמרו is used here since this question is undoubtedly a controversial one of significant public interest. Yet it is precisely because Jewish law emphasises the value of human dignity that the Sages decided in this case to present the law in a more general manner by referring to מלא היד – a handful because if Jewish law is – even wrongly – perceived as undermining human dignity, then something needs to be changed.