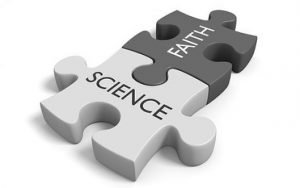 Today’s daf (Shabbat 82a) begins with a record of a conversation that took place between the 3rd century Amora Rav Huna and his son Rabbah about Rav Huna’s friend, disciple, and one of the leading Torah teachers of the time, Rav Hisda.

By this stage Rav Hisda was already renowned for his brilliance in Torah scholarship and for his nuanced Talmudic thinking. Given this, while Rabbah continued to learn from his father Rav Huna, Rav Huna felt that Rabbah should broaden his horizons and become a regular attendee at Rav Hisda’s Torah classes and that the style and methodology of Rav Hisda’s Torah teaching would be of considerable benefit to his son’s Torah learning.

Rabbah answered by telling his father that he didn’t feel that Rav Hisda was the right kind of teacher for him, ‘for whenever I do go [to his classes], he sits me down [and begins the class] with mere worldly matters’ (i.e. Rav Hisda began each learning session by discussing topics seemingly unrelated to Torah such as biology, hygiene and self-care). What we learn from here is that while Rabbah may have been impressed by Rav Hisda’s Torah knowledge, at this young stage in his life Rabbah believed that there was a clear divide between the world of Torah and the study of ‘worldly matters’, and that Rav Hisda’s inclusion of ‘mere worldly matters’ in his classes was effectively ביטול תורה – timewasting from Torah study.

Rav Huna then replied to Rabbah’s youthful critique, and in doing so, taught us all what to look for in a teacher and an educational institution: ‘[Rav Hisda] is concerned with the lives of people and you call this ‘mere worldly matters’? [If this is how he conducts his classes], then you should certainly go and study from him!’. This is what Rabbah did, and over time he learnt much from Rav Hisda and eventually became a judge in Rav Hisda’s Beit Din (see Shabbat 10a). And why is this relevant? Because, as Rambam writes in his Hilchot Sanhedrin 2:1, a judge must be knowledgeable in a wide range of disciplines including medicine and mathematics, ‘so that they will know how to judge these matters’. Therefore, by becoming a judge in the court of Rav Hisda, Rabbah taught that claiming an absolute division between the world of Torah and the study of ‘worldly matters’ is not an authentic reflection of true Torah greatness.

Rabbah died 1700 years ago. Yet notwithstanding the lesson that we can and should learn from his decisions later on in life, today there are those who still espouse the thinking of the youthful Rabbah while ignoring the wisdom of Rav Huna. As Rabbi Sacks explains in his booklet ‘A Judaism Engaged in the World’, today, ‘Jews are either engaging with the world at the cost of disengaging from Judaism, or engaging with Judaism at the cost of disengaging from the world’. And it is in response to this second group that Rabbi Sacks repeats, in his own way, the message of Rav Huna that, ‘now, more than ever, the time has come for us to engage with the world …[because by doing so] we will find that our own world of mind and spirit will be enlarged.’