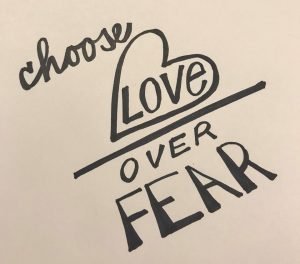 Today’s daf (Shabbat 88a) contains one of the most challenging aggadic insights in the entire Talmud.

Given the possibility of this second translation, the Babylonian theologian Rav Avdimi bar Chama bar Chasa posited that while we often think that Bnei Yisrael accepted the Torah willingly on the basis of the words נעשה ונשמע (Shemot 24:7), it is possible that the people actually felt emotionally strong-armed by God to such an extent that they felt that had they not accepted the Torah, God would have destroyed and buried them under the mountain.

Having heard this radical interpretation, Rav Acha Bar Yaakov objected on the basis that he believed it overstepped the boundaries of normative Jewish thought. This is because were Rav Avdimi to be right, then the covenant between God and the Jewish people was not one of choice but of compulsion, and if so, possibly illegitimate.

Rava acknowledged that Rav Acha’s critique had merit, but he also felt that there was legitimacy in Rav Avdimi’s perspective. Given this he explained that while the people may have felt compelled to accept the Torah at Mount Sinai, evidence can be found from Megillat Esther (see Esther 9:27) – whose story occurred around 1,000 years after the giving of the Torah – that the Jewish people later consciously and freely accepted the Torah.

Throughout rabbinic literature many very different approaches have been offered to make sense of this challenging text, and given my experiences as a Jewish educator, I would like to add a further interpretation.

Like Bnei Yisrael who were in the early stages of their relationship with God when standing at Mount Sinai, when an Orthodox Jewish teenager – who is considered by Jewish law to be in their earliest years of adulthood – thinks about their relationship with Torah, few think in terms of choice. Presuming they have a Jewish family and attend a Jewish school, then Torah living and Torah learning is simply expected of them. Naturally, good educators and effective parents will attempt to create a warm and inspiring Torah atmosphere for them both at school and at home, and undoubtably some Orthodox teenagers will view their Torah experience in accordance with the first interpretation of תחתית as ‘foot of the mountain’ and thus with a sense of pride and privilege. However, there are other Orthodox teenagers who adopt Rav Avdimi’s interpretation of בתחתית and feel that they too have been emotionally strong-armed to live a Torah life and to keep the mitzvot.

As they progress throughout their teenage years some of these young women and men change their perspective and choose to consciously and freely accepted the Torah. But there are others who reflect on their experiences and, in the spirit of Rav Acha’s critique, question the legitimacy of their relationship with Torah, which, in some instances, leads them to disconnect from Torah and mitzvot.

However, there are others who, notwithstanding their struggles, choose to stay connected and at a later stage in life – possibly during a year in Israel, through other adult education programmes, or perhaps in response to certain significant life events – make a personal and conscious choice to freely accept the Torah.

The problem is that, far too often, the critique expressed by some Orthodox Jewish teenagers towards some schools and some parents that Torah and mitzvot were forced onto them is too often ignored or too quickly dismissed. Yet, as we see here in the Gemara, notwithstanding the huge theological implications of Rav Avdimi’s interpretation and Rav Acha’s observation, Rava was prepared to acknowledge that, for some people and during some periods in life, accepting Torah feels like a choiceless choice.

Personally, I believe that to have honest and productive conversations about Jewish education we need to be a little more like Rava and thereby acknowledge the challenges – along with the opportunities – of a faith that most of its members are born into. At the same time we also need to do all we can to close the gap between the Matan Torah Jewish education experiences when some feel that they are pushed to accept Torah out of fear, and the Megillat Esther Jewish education experiences which can inspire and empower them to choose to freely accept the Torah out of love.