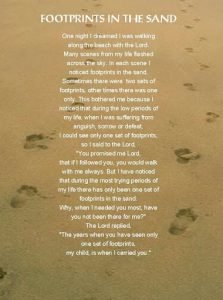 Much of today’s daf (Shabbat 93a) is dedicated to examining the debate introduced in yesterday’s daf (see Shabbat 92b) concerning the liability of two people who, together on Shabbat, carry an object from one domain to another (or what we call שנים שעשוהו – ‘two people in partnership’). Based on the conclusion of this debate, Rambam (Mishneh Torah, Shabbat 1:15) rules that: ‘any forbidden work that an individual can do by themselves but is done by two people in partnership… [then both people] are exempt’.
Significantly, whenever the Sages use the word ‘exempt’ with respect to the Shabbat laws, this means that such an action is not a Torah transgression (מדאורייתא) but is, instead, a Rabbinic transgression (מדרבנן). Still, we generally don’t draw distinctions between Torah laws and Rabbinic laws as both are binding. However, when needs arise, it is preferrable – at least in non life-threatening situations – to perform a Rabbinic transgression over a Torah transgression.
Over the years this construct of שנים שעשוהו has been invoked in a variety of settings, and in his book ‘Around the Maggid’s Table’, Rabbi Paysach Krohn tells a powerful story of how some yeshiva students once applied this law to their difficult situation.
The year was 1943 and the Russians were working their citizens hard for the sake of the war effort. At that time, Tuvya Goldstein (who was later to become a world renowned posek and Rosh Yeshiva) and a further eleven other yeshiva students from Kaminetz had been confined to a Siberian labor camp where they were forced to work seven days a week. Specifically, they had been tasked by their field director to clear the timber – including tree trunks, twigs and branches – from an area measuring around two square miles.
As budding Torah scholars, these yeshiva students decided that if they had to perform labor on Shabbat, they would at least try and minimise the number of Shabbat transgressions they performed. Consequently, Tuvya and his eleven friends spent the following few hours carrying branches and small pieces of lumber in pairs in accordance with the rule of שנים שעשוהו.
Unfortunately, what the boys didn’t see is that the field director had been watching them and, soon after, they were challenged by him and accused of undermining the war effort. Though one or two of them tried to explain the concept of שנים שעשוהו to some Russian officers, they were unsurprisingly unsuccessful. However, among the Russian officers was a Jew who, with some quick thinking and much divine assistance, was able to convince his friends that the only reason these young lads had acted this way was because they had not been given sufficient food, and so he ordered that their food rations be doubled. For Tuvya Goldstein and his friends, what occurred in that labor camp was nothing short of a miracle!
We often say that a problem shared is a problem halved, and in terms of carrying on Shabbat this very much seems to be the case.
This is why, as I explained in my thought on yesterday’s daf, it is essential to help others who at times struggle with the pressures and strains of life. And if, for whatever reason, someone feels that they are alone and that nobody is with them to help them bear the weight of life’s pressures, then they should remember that to believe in God is to believe that we are never alone, and that when we are feeling most burdened, God is there with us, helping carrying us and our troubles.
Nb. a shorter version of this thought was featured on My Jewish Learning – see https://www.myjewishlearning.com/article/shabbat-93/
×
×