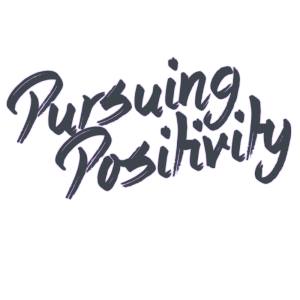 Today’s daf (Shabbat 97a) makes reference to an important principle about the pursuit of good vrs. bad which has significant implications on how we speak and how we should live our lives.

When Moshe told God that Bnei Yisrael were unlikely to believe that he had experienced a divine encounter, God demonstrated three miracles to him which he hoped would be sufficiently impressive to the people that their doubts would be assuaged: i) his staff became a snake, ii) his hand was stricked with tzora’at (spiritual leprosy), and iii) water will turn to blood (see Shemot 4:1-9).

Today’s daf examines the second of these miracles and points out that when Moshe was told by God to put his hand on his chest, when he withdrew it, ‘it was stricked with tzora’at, like snow’ (ibid. 4:6). What this means is that the transformation from the positive to the negative, from non-tzora’at to tzora’at, occurred when Moshe’s hand was already withdrawn from his chest. Constrasting this, as part of the process of Moshe’s healing, he was told by God to return his hand to his chest at which time it ‘reverted to be like his flesh’ (ibid. 4:7). What this means is that this transformation from the negative to the positive, from tzora’at to non-tzora’at, occurred at a prior stage when his hand was on his chest. Based on this, Rava, or some say Rabbi Yossi the son of Rabbi Chanina, taught that ‘מדה טובה ממהרת לבא ממדת פורענות – the measure of good comes quicker than the measure of bad’.

Interestingly, we find a hint to this idea elsewhere in the Torah when Yosef interpreted the dreams of the butler and the baker. When the butler told Yosef his dream, ‘Yosef said to him (ויאמר לו יוסף)…within three days Pharoh… will restore you to your position’ (Bereishit 40:12-13), whereas when the baker told Yosef his dream, ‘Yosef answered (ויען יוסף)… within three days Pharoh… shall hang you’ (ibid. 40:18-19), and it seems that this difference between Yosef ‘saying’ and Yosef ‘answering’ is reflective of the fact that he was quicker to respond with good news than he was with bad news.

Beyond this, and based on the words of Mishlei 10:18 that ‘מוציא דבה הוא כסיל – one who utters evil tidings is a fool’, Jewish law teaches that we should share good news with alacrity, whereas we shouldn’t be in a rush to share bad news (see for example Shulchan Aruch Yoreh Deah 402:12).

It is of note that all the examples I have listed relate to speech, and it is also of note that tzora’at is a spiritual affliction meted out to those who shared negative and harmful speech. Given all this, it seems obvious that we should be quicker to share good news than bad, and that we should react with greater speed to do good than to do harm.

Sadly, however, it is by no means obvious, and especially – although not only – on social media, far too many people are far quicker to quip, criticise and share negativity than they are to praise, encourage and share positivity. Personally, this has troubled me for years since I believe social media can be harnessed positively to increase goodness and kindness in the world. At the same time, we are taught that the best place to start changing the world is to start with ourselves and this is why – to the best of my ability – I endeavour to make sure that the majority of the messages I share on social media are words of encouragement, inspiration, and positivity, and where I feel the need to highlight negativity, I do so with a heavy heart.

When Moshe asked God for a way for the people to have faith in the future, God responded to Moshe by demonstrating three miracles. Naturally, we think that these miracles were all about the physical transformations that took place – to the staff, to Moshe’s hand, and to the water. Yet, on second glance, it seems that what our Gemara is actually teaching us is that core to the message of restoring faith is the pursuit of good over bad, and the prioritisation of healing over affliction. Personally, I believe that this is a message that we desperately need to heed if we are truly serious in our goal of healing our fractured world.