Shehecheyanu on a bat/bar mitzvah

The Shehecheyanu bracha is a religious expression of joy & happiness, and it would be natural to presume that this bracha is recited at religious milestones such as Bat/Bar Mitzvah.

It is at Bat/Bar Mitzvah when young women and men become autonomous spiritual agents carrying personal responsibility for performing the mitzvot, and since Shehecheyanu is often recited upon fulfilling individual mitzvot for the first time (see for example Brachot 37b, Rema on Yoreh Deah 28:2, Taz on Orach Chaim 22:1), it seems natural that Shehecheyanu should be recited when accepting the yoke of all mitzvot.

On this point R’ Moshe Feinstein (Iggrot Moshe, Yoreh Deah Vol. 3 Responsum 14 No. 4) disagrees, and in so doing, he distinguishes between new mitzvah opportunities and new mitzvah responsibilities. Simply put, getting older itself it not a sufficient basis for reciting Shehecheyanu.

However, the coming of age of Bat/Bar Mitzvah should not be taken in isolation, and in a similar manner to a wedding, there are ample opportunities to recite Shehecheyanu at a Bat/Bar Mitzvah celebration.

For example, both the Ben Ish Chai & the Kaf HaChaim (Orach Chaim 225 Notes 11-12) suggest that a Bat/Bar Mitzvah wear a new piece of clothing or eat a new fruit, and in reciting Shehecheyanu on these items, reflect upon their new status as an autonomous spiritual agent.

In addition to this, it is customary to give gifts to a Bat/Bar Mitzvah for which the Shehecheyanu should certainly be recited (see Orach Chaim 223). 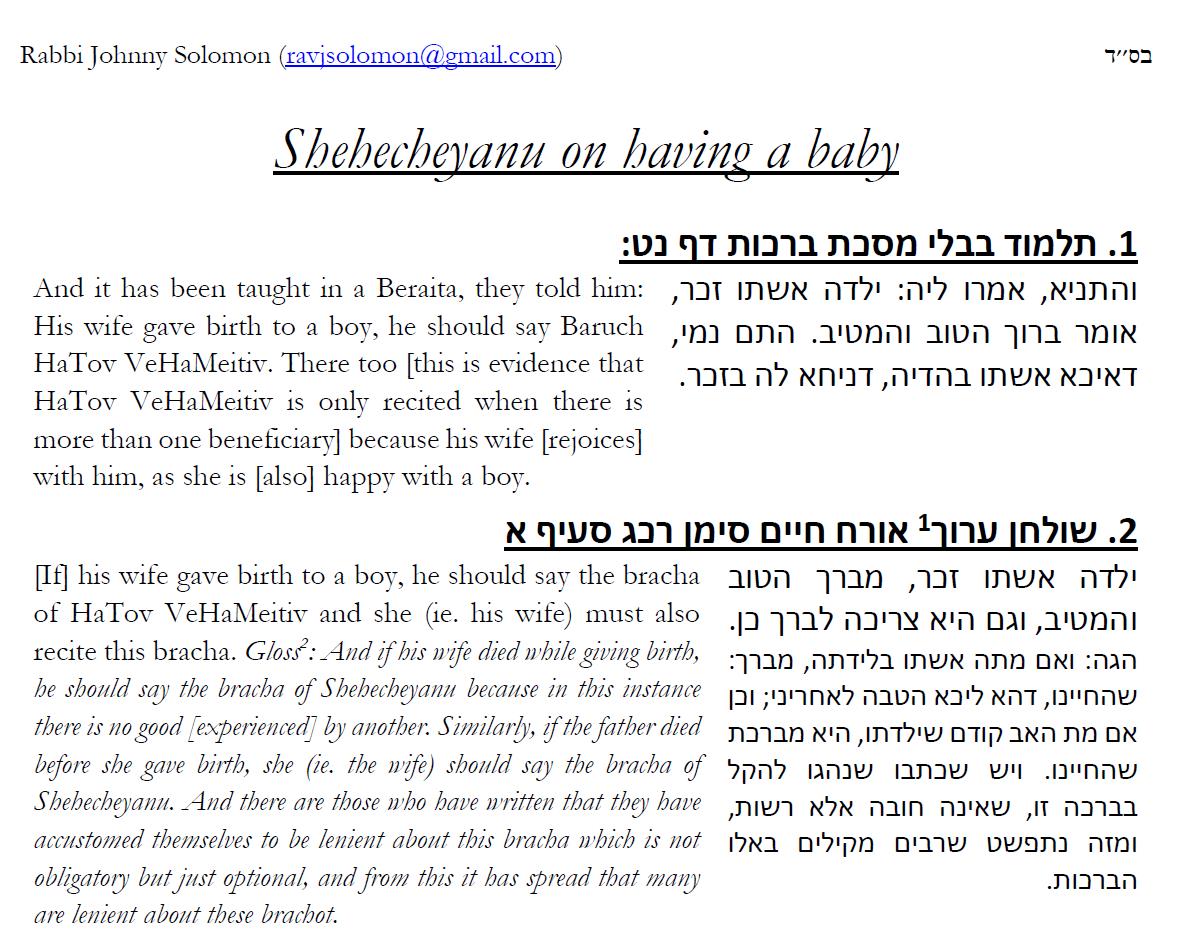 Shehecheyanu on having a baby 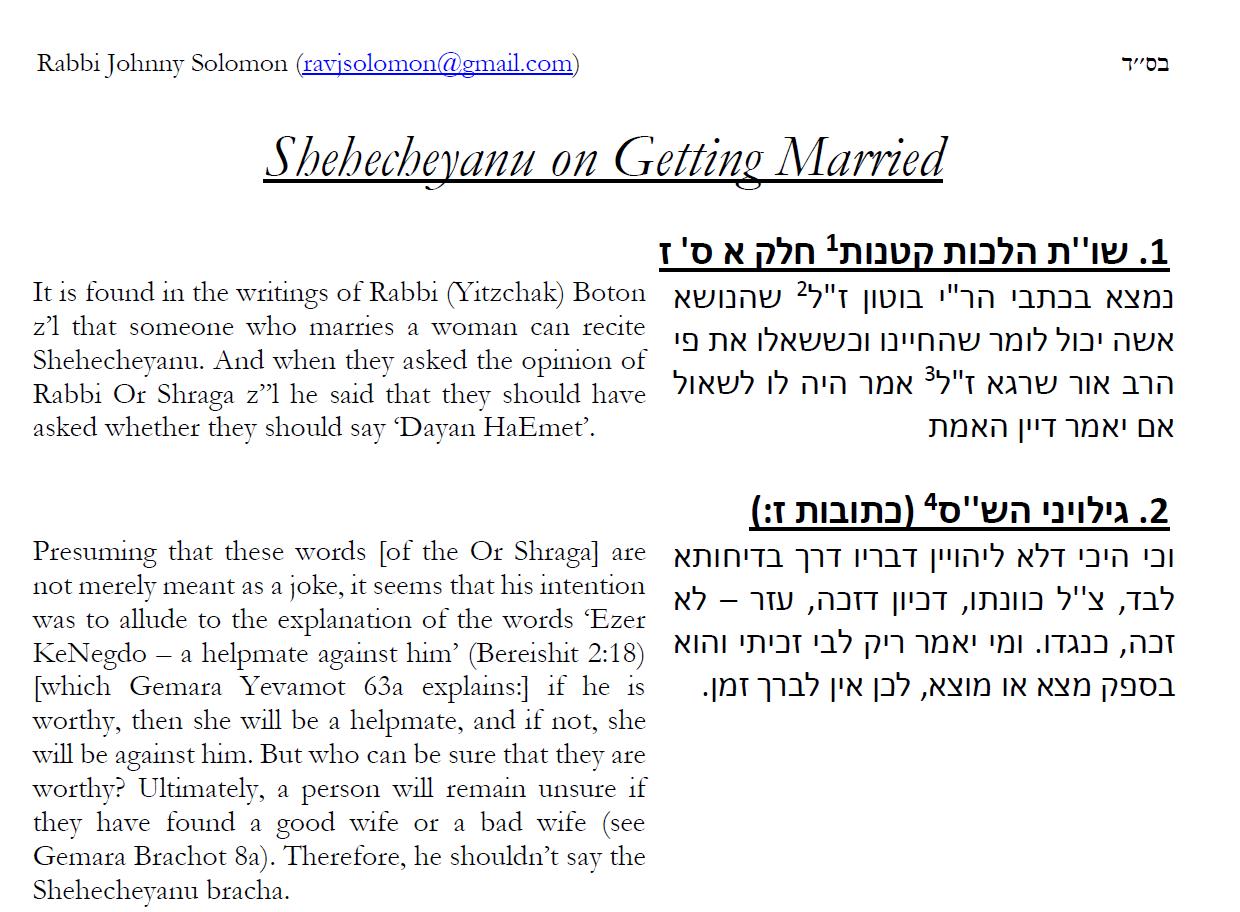 Shehecheyanu on getting married 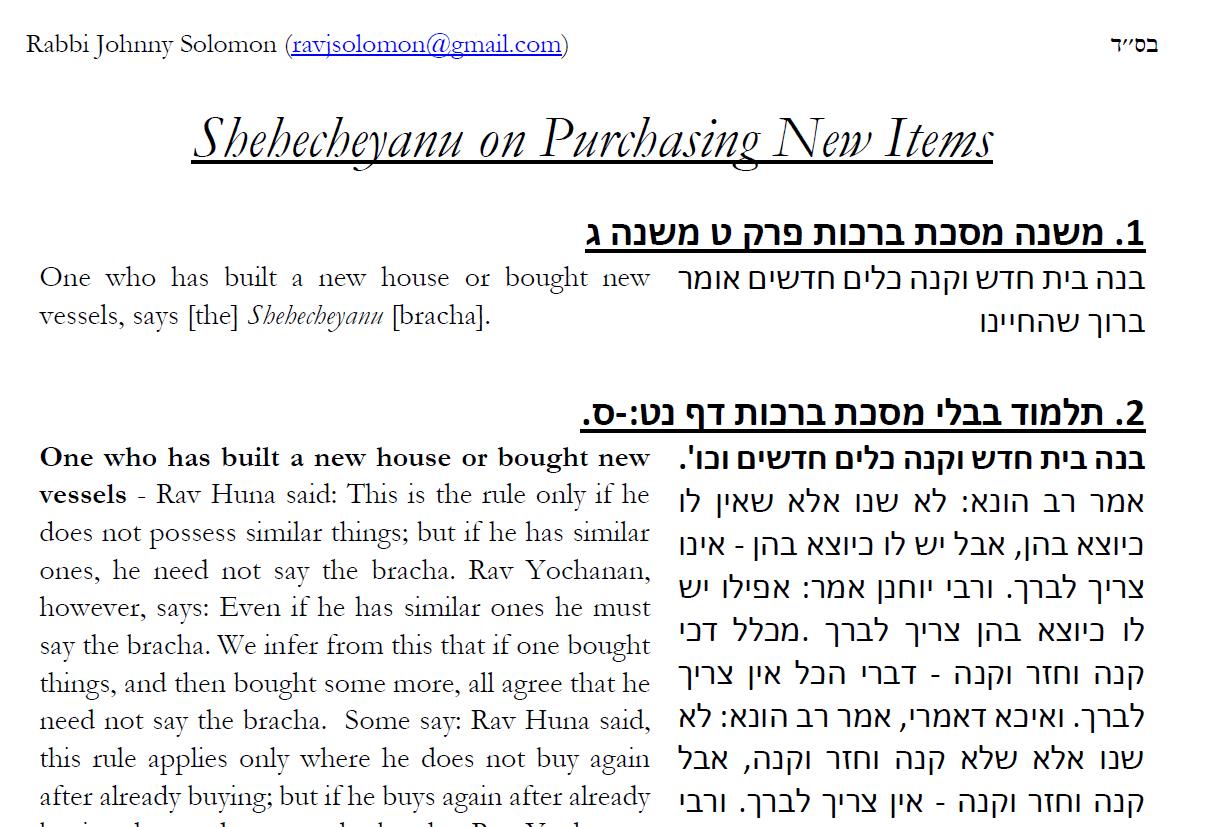 Kissing children, and adults, in a shul