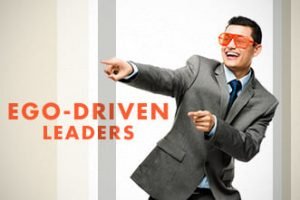 Having made reference in the previous Mishna (Shekalim 4:2) to the special ramp that was built for the transportation of the Parah Adumah from the Temple Mount to the Mount of Olives – whose function was to protect all those involved from the possibility of becoming טמא מת (spiritually impure through contact with the dead) on that journey – we read in today’s daf (Shekalim 11a) that each Kohen Gadol who was privileged to offer a Parah Adumah during their years of service would spend a large amount of money building a new ramp.
According to Rabbi Chanina, the fact that every Kohen Gadol was unprepared to use the ramp of their predecessor must have been due to the ego of the Kohen Gadol, each of whom wanted the mitzvah of the Parah Adumah to be associated with them and not with their predecessor.
Rabbi Ulla seemingly rebutted this thesis by noting how Shimon HaTzaddik was privileged to offer two Parot Adumot during his years of service, and on each occasion, he built a new ramp. Clearly, at least in this instance, Rabbi Chanina’s thesis didn’t apply. But why then did Shimon HaTzaddik build a second ramp? According to Rabbi Ulla, it was to emphasise the sanctity of the mitzvah – and to show honour towards the mitzvah – of the Parah Adumah.
Before proceeding, I should explain that when I first read the interpretation of Rabbi Chanina, I thought it strange how such a highly critical commentary about the Kohanim Gedolim could be so easily dismissed by the historical fact presented by Rabbi Ulla. However, from a close reading it would seem that Rabbi Ulla does not fully disagree with Rabbi Chanina that there were Kohanim Gedolim whose actions were driven by ego and whose building of a new ramp was done because they wanted the Parah Adumah to be associated with them and not with their predecessor. Instead, what Rabbi Ulla comes to add is that this did not apply to all Kohanim Gedolim.
What we see from these two interpretations is that the very same act of spending money on the building of an already existing infrastructure can either be self-serving, or it can be done in order to generate greater respect and reverence for a mitzvah, and while ego can be the primary motivator for some leaders, it is not the motivator for all.
Go to Top