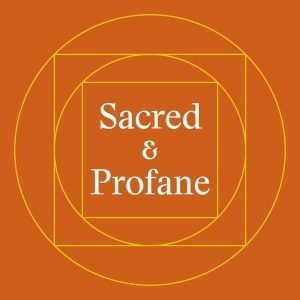 The Mishna (Shekalim 4:6) found in today’s daf (Shekalim 12a) informs us of a dispute between Rabbi Akiva and Ben Azzai about the use of הקדש (items consecrated) to the בית המקדש (Temple) for the בדק הבית (upkeep of the Temple).

Interestingly, we are taught elsewhere (Mishna Temurah 7:2) that סתם הקדש לבדק הבית – ‘an unspecified consecration to the Temple is for the upkeep of the Temple’. Based on this, if among the items that someone consecrated to the Temple were items suitable for communal offerings, then according to Rabbi Akiva these items can be used to pay the laborers who would build and repair the Temple. This is because הקדש מתחלל על המלאכה – ‘consecrated items can become deconsecrated by using them to pay for labour’.

Ben Azzai disagrees with this method, and while he accepts that ‘an unspecified consecration to the Temple is for the upkeep of the Temple’, he argues that a distinct act of deconsecration is necessary, and that only having done so, the comparable amount of money of the now deconsecrated items can be given to the labourers.

Interestingly, as noted by the Maharsham (see his דעת תורה), we find a very similar rule to that presented by Rabbi Akiva in the Shulchan Aruch (Orach Chaim 154:8) with respect to items donated to a synagogue, where we are taught that ‘a stipulation to use the Aron Kodesh (Ark) and everything that we make for a Torah scroll is effective for other uses, and even for mundane uses’. On this, the Rema then adds that other items in a shul are also often used for more varied purposes than they were necessarily intended. And this is why בית דין מתנה עליהם מעיקרא – i.e. when a synagogue receives and purchases items, the local Beit Din stipulates that these items may be used for various different functions. By doing so, this prevents their more varied use as being expressive of disregard or disrespect for these items.

Ultimately, what we learn from both the Mishna in Shekalim and the halacha in the Shulchan Aruch is that while the intentions for sacred giving are important, sacred gifts can occasionally be used for things that may seem – at least in the eyes of the giver – as being less sacred. Yet for both a Temple and a synagogue to operate smoothly, there are times when items that have been donated to them need to be used more flexibly by them.