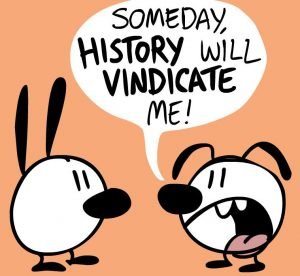 We were previously taught (see Mishna Shekalim 5:1) that the House of Garmu were responsible for the production of the לחם הפנים in the Beit HaMikdash, while the House of Avtinas were responsible for the production of the קטורת (incense). In today’s daf (Shekalim 14a), we are informed that each House was very secretive about the specialist skills which they employed, and they would not pass on their knowledge and skills to anyone beyond their own family.
This clearly frustrated the Sages, as did the fact that their products were unable to be replicated. And when the Sages pressed each family about why they were so secretive, they responded that ‘we have a tradition that this Temple is destined to be destroyed, and we do not want to reveal our skills so that they are not utilized for idol worship.’ However, it would seem that this tradition was not shared by some of the Sages, and it seems that many of them felt that this was simply a case of leveraging knowledge for more money.
Later in today’s daf (Shekalim 14a-b), Rabbi Yochanan Ben Nuri relates how an old man from the House of Avtinas met him while holding a scroll containing information about the spices that were used for the production of the incense. The old man then said to him: “My Master! Previously, my ancestors were secretive and would only hand this scroll to other members of our family. However, now that members of my family are themselves not trustworthy, please take this scroll and be exceedingly careful with it.” We are then told that when Rabbi Yochanan Ben Nuri related this incident to Rabbi Akiva, ‘his eyes flowed with tears’ (i.e. he cried uncontrollably), afterwhich he said: ‘from now on, we are not permitted to speak negatively [about these families]’ – meaning that the words of the old man confirmed how the members of the House of Avtinas (and similarly the House of Garmu) were truly motivated by a fear that their knowledge and skills would be utilized for idol worship, and thus the words of this old man therefore vindicated them.
Oftentimes we think we know what motivates others. We presume to know their intentions, and as a result, we can often develop a negative and cynical attitude towards them. However, there are times – often many years later – when we come to realize that we were wrong; that they were much more sincerely motivated than we were able to fathom at the time, and that the only cynicism was ours that we had overlaid on their intentions and actions.
Ultimately, what we learn from this story about the House of Garmu, the House of Avtinas, the old man, Rabbi Yochanan Ben Nuri and Rabbi Akiva is that secrets are not always bad. That some people have better hunches about the future than others. And that sometimes it takes many years for good people – doing what they sincerely believe to be something good – to be vindicated.
×
×