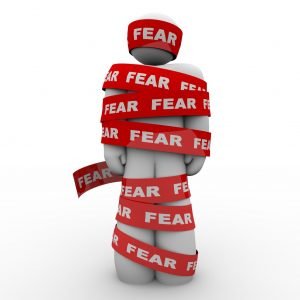 Today we begin Chapter Seven of Massechet Shekalim (Shekalim 19a) whose opening Mishna (Shekalim 7:1) addresses the question of how to treat coins that are found in the vicinity of the 13 collection chests in the Beit HaMikdash.
For example, the Mishna begins by asking what should be done if coins are found on the floor between the chests marked ‘Shekalim’ (money for the maintenance of the Beit HaMikdash), and ‘Nedava’ (money for voluntary offerings), with the answer given that we assign the coin to its closest chest. As Moshe Halbertal explains in his book ‘The Birth of Doubt: Confronting Uncertainty in Early Rabbinic Literature’, this determination – arising from the doubt about which chest this coin should have entered – ‘establishes a probabilistic consideration whose intent is to decide the status of an object whose origin is unknown’.
Interestingly, as Halbertal points out, a later Mishna in Shekalim (7:3) continues to address similar situations of uncertainty. However, in that case, while similar determinations ‘are presented…on the basis of various probabilistic assessments’, they go ‘beyond the principle of following the most proximate’.
And why is this so significant? It is because, rather than having a ‘paralyzing fear of uncertainty’, the Sages identified and formulated a pragmatic approach to decision-making which, as Halbertal writes, ‘has far-reaching implications for questions of this type’.
Unfortunately, as I have pointed out on a number occasions over the years, there is a tendency amongst some contemporary rabbinic leaders to be so fearful of uncertainty as to seemingly reflect a sense of paralysis towards a broad range of issues arising in our day, and while hard questions – requiring significant analysis – do arise, the pragmatic spirit reflected in our Mishna is unfortunately increasingly hard to find in contemporary Orthodoxy even with respect to relatively simple questions.
And this is why it is important for us to learn texts like Massechet Shekalim, because while we sadly cannot make the pilgrimage to the Beit HaMikdash, what we can do is learn from and live by what was done there.
×
×