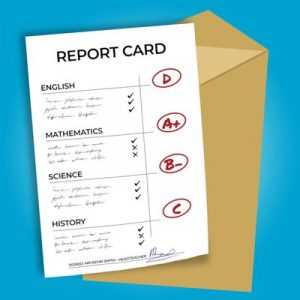 As part of its discussion about the contribution of the half-shekel for the maintenance of the Mishkan (Tabernacle) and later on, the Beit HaMikdash (Temple), today’s daf (Shekalim 2b) offers two different approaches to understanding the behaviour of Bnei Yisrael in terms of what they gave to the Mishkan.
One approach offered by Rebbi and presented by Rabbi Yehuda bar Pazi is one of discomfort, inconsistency and shame. Concerning the construction of the Egel HaZahav (Golden Calf) – an act that was לרעה (for the bad) – we are told that: “All the people took off their earrings and brought them to Aaron” (Shemot 32:3). Contrasting this, when the Torah describes the donations for the construction of the Mishkan (Tabernacle) – an act that was לטובה (for the good) – it states that: “those who wanted to make a donation brought bracelets, earrings, finger rings, and body ornaments, all made of gold” (Shemot 35:22). What we see from here is that Bnei Yisrael were profoundly and shamefully inconsistent in their worship of God, and though they did donate towards the building of the Mishkan, they also donated – seemingly with a greater sense of alacrity – to contribute to the building of an idol. As Rabbi Abba bar Acha remarked, it is impossible to comprehend the contradictory behaviour of Bnei Yisrael!
However, Rabbi Yossi bar Chanina offers an alternative approach to understanding the behavior of Bnei Yisrael: one that highlights growth rather than shame; one of correction, not contradiction. True, Bnei Yisrael acted לרעה (for the bad) when they contributed to the building of the Egel HaZahav which was a physical construction that was spiritually destructive. But then, recognizing the error of their ways, Bnei Yisrael atoned and channeled their resources לטובה (for the good) by contributing to the building of the Mishkan which became a ‘tikkun’ – a form of repair and healing – for the damage caused by the Egel.
Inherent in these explanations are two different approaches to the way we evaluate the actions of people, and though consistency is something we should all strive towards, we should not forget the wise words of Mark Twain who once observed how, ‘there are those who would misteach us that to stick in a rut is consistency and a virtue; and that to climb out of the rut is inconsistency and a vice.’
According to Rebbi and Rabbi Abba bar Acha, the actions of Bnei Yisrael were spiritually inconsistent which should cause us to feel great shame. However, while Rabbi Yossi bar Chanina fully acknowledges the inconsistencies of Bnei Yisrael, he also recognizes that growth occurs when we learn from our mistakes, and that while Bnei Yisrael did bad in the past, they also sought to repair and heal their mistakes. True, we should avoid doing things that require atoning. Still, the gift of atonement means that if we do err, the possibility exists for us to spiritually reconstruct ourselves.
Over my many years in education I have taught many students whose attitudes and behaviour have been inconsistent, and I would occasionally hear fellow teachers drawing distinctions between the ‘good’ students and the ‘bad’ students – meaning those who were consistent, and those who were not. For those teachers, the consistent students were understandable, while those who were inconsistent were – to paraphrase Rabbi Abba bar Acha – impossible to comprehend.
Personally, I always opposed such categorization of students and the shaming, explicit or otherwise, of those who were not always deemed ‘good’. Aside from the fact that I found it profoundly unpleasant, I also believed that it was profoundly inconsistent with the goals of education. This is because education is rooted in our belief in growth and change – which means that teachers need to encourage students to ‘climb out of the rut’ and therefore be inconsistent.
Instead, whenever I was confronted by inconsistent students, I saw them in a similar manner to how Rabbi Yossi bar Chanina saw Bnei Yisrael – namely as students striving to do better, who – as so many of us do – (academically) fell once in a while, and who then tried to repair and heal their mistakes.
And as a teacher, my role was not to shame such students. Instead, it was – and is – to encourage, to assist and to help them, and to recognize that just because they have ups and downs, such personal and educational inconsistencies should not be a cause for shame. Instead, they are most likely to be expressive of a desire for growth.
×
×