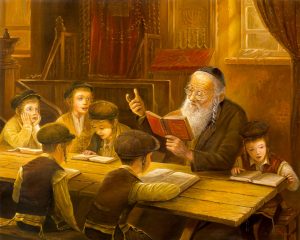 Today’s daf (Shekalim 20a) records a curious exchange between Rabbi Mana and Rabbi Yosi about the mitzvah of Hashavat Aveida – returning a lost object.
In general, when an object has been lost with little to no identifying signs in a public location, it is presumed that the original owner would quickly give up hope of finding their object, and therefore in such a case, someone who finds such an object may keep it.
At the same time, if an object has been lost which does have identifying signs and we can therefore presume that the owner has not given up hope of finding it, then the finder is obliged to publicize the fact that they have found this object and therefore attempt to return it to them.
With this in mind, the Gemara relates how Rabbi Mana was inspired by a ruling of the Rabbis where they ruled, beyond the letter of the law, that an object which technically could be kept should still be publicized in order to find its owner.
To this, Rabbi Yosi responded in bewilderment, asking: ‘Do you mean that if you found an object [with little to no identifying signs in a public location] that you wouldn’t keep it? Don’t you know that your father [Rabbi Yonah] didn’t say such a thing. Instead, he said that, “If only when we find an object that we do so [in a place which would not require that we announce it] such as beyond the gate [in the public thoroughfare].”
Yet, while Rabbi Mani did not challenge the truth of this testimony of Rabbi Yosi about his father Rabbi Yonah, the Gemara relates that he remembered a time when he was with his father when they found a lost object in a public place and that his father did not keep it for himself but, instead, he announced it in order to find its original owner.
In this exchange it seems clear that Rabbi Yosi, who was one of Rabbi Yonah’s disciples, did not seek to do anything other than let Rabbi Mana know that Rabbi Yonah did not require people to go beyond the letter of the law in terms of the laws of Hashavat Aveida.
However, as evident from Rabbi Mana’s response, there is a big difference between what someone teaches to their students, and the pious practices that they personally adopt. True, Rabbi Yosi had heard the teachings and rulings of his teacher Rabbi Yonah. But Rabbi Mana had seen the personal practices of his father.
Oftentimes the Rabbis speak of students as being ‘like’ the children of a teacher. Still, students should know that no matter much they are valued by their teacher, they are not their teachers’ children, and while students may think that they know the total picture of their teacher, only those who live with someone know both their true strengths, as well as their true weaknesses.
×
×