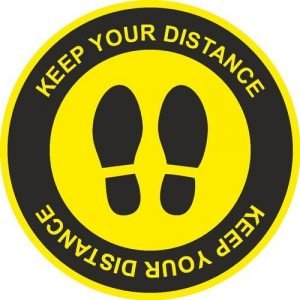 In explaining the position of Rabbi Yosi in the Mishna (Shekalim 8:1), today’s daf (Shekalim 21b) quotes a Beraita describing the way people walked in the streets of Jerusalem throughout the year and during the Festivals:

Reflecting on this teaching, Rabbi Yehuda Ginzberg explains in his ‘Mussar HaMishna’ that while we deeply mourn the absence of the Beit HaMikdash, it should not be forgotten that it was due to a sense of excess zealousness surrounding these laws of טומאה וטהרה (spiritual impurity and purity), where those who were טהור and טמא would keep far from each other not as a gesture of sensitivity and kindness (as suggested by the Beraita), but as a form of social rejection. And as a result of this, it led to resentment and hatred amongst elements of the Jewish people.

Of course, in terms of these laws, some form of distance had to be kept. But this didn’t mean that such distance should have been desired.

This observation reminds me of a story I once heard relating to the Torah prohibition of ריבית (interest) and specifically, ריבית דברים (interest through the words that you say) – meaning that if someone borrows money from someone else, then when they return the money, even the very gesture of saying ‘Thank you’ may be regarded as a form of forbidden interest.

With this in mind, there was once a very poor Yeshiva student who needed money to visit his parents. He borrowed money from his Rosh Yeshiva and then, on his return, he gave the money back to the Rosh Yeshiva and said thank you. In response, the Rosh Yeshiva taught him about the rule of ריבית דברים and said that one should not say thank you when returning a loan as some authorities consider it to be a form of interest (nb. today this is unlikely to be the case as ‘thank you’ is generally not construed as flattery, but simply good manners).

On the next occasion when the student borrowed money, he returned it by entering the office of the Rosh Yeshiva, placing it on his desk, and leaving. The Rosh Yeshiva called the student back and asked him about his behaviour. The student explained that he did not want to contravene the rule of ריבית דברים by saying ‘Thank you’ and this is why he acted as he did. To which the Rosh Yeshiva responded, ‘True, you shouldn’t say “Thank you” in such a case. But you should look like you want to.”

What this story comes to teach is that even when something needs to be done or needs to be avoided, it doesn’t mean that it should be desired. And similarly with respect to today’s daf, while the streets were divided between the טמא and the טהור, and while this may have been needed to avoid those who were טהור becoming טמא, it most certainly should not have been desired.