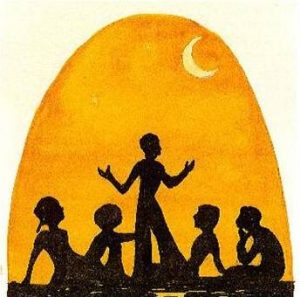 Every family and every community have their stories about ‘the time when…[an unusual halachic situation arose and a creative halachic solution was found]’, but as we learn from today’s daf (Sukkah 16b), great care must be taken to accurately share the details of those stories so as to avoid confusion and perhaps even future halachic errors.

We are told about מעשה שנעשה בציפורי – ‘an incident which occurred in Tzippori’ during the period when Rabbi Yishmael the son of Rabbi Yossi was the religious leader where the community Sefer Torah had not been brought to the shul on Erev Shabbat (nb. some suggest that it was kept in a home overnight for reasons of security) and was, instead, located in a house situated within the same courtyard as the shul. Given this halachic problem, we are told that on Shabbat morning ‘they spread sheets on top of posts [to create a narrow corridor between the house and the shul] and they brought the Sefer Torah [to the shul]’.

However, the Gemara asks: ‘Can it enter your mind that they [brought and] spread [these sheets on Shabbat]? How could they have brought them [to these posts] on Shabbat?!’, to which the Gemara responds that, in fact, the sheets were already on these posts from Erev Shabbat. Consequently, what was actually done to solve this halachic problem was to acknowledge that these sheets on poles could be used as a partition on Shabbat, after which the Sefer Torah was carried between these partitions to the shul.

But why was the story first told so ‘badly’ such that a valid conclusion from the first rendition of the story was that the sheets had been brought on Shabbat to create the partitions? The answer – both in this instance and in so many others – is that storytellers are often more driven to tell their listeners about ‘what’ happened than about ‘how’ those things happened, and storytellers are often more inspired by the drama in a story, than by the technical elements of that story.

The problem, however, is that when halacha is told through stories, the ‘how’ counts as much – and often even more – than the ‘what’, which creates an inherent tension between the power of storytelling and the halachic conclusions that people draw from stories. In fact, given this risk it would have been understandable had Chazal made the decision to avoid teaching halacha through stories.

But they didn’t, and I think that the reason for this is because stories encourage engagement – such as asking follow-up questions. What this means is that while someone may not ask a question about a dry halachic analysis which they don’t fully understand, if there is something in a story that doesn’t quite make sense to them, they will ask.

Understood this way, it is clear that a story doesn’t end at the end of the story. Instead, it ends at the end of the listeners engagement and their questions on a story which subsequently sharpen their understanding of the story. And this is why stories are so powerful in the art of halachic education, because they encourage listeners to think, to engage and to ask questions.