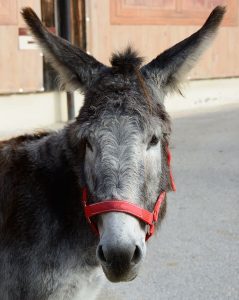 We were previously taught in a Beraita (see Sukkah 23a) about using an animal as a wall for the sukkah, which Rabbi Meir invalidated, and Rabbi Yehuda validated. In terms of why this is the case, it seemed that Rabbi Meir was concerned (according to Abaye) that the animal may die, or (according to Rabbi Zeira) that it may run away.
In terms of today’s daf (Sukkah 24a), attention is given to Rabbi Yehuda’s opinion (as explained by Abaye) with the question being why Rabbi Yehuda is not concerned that the animal may die, especially given the fact that he does seem to be concerned with other far-fetched situations including the possibility that the wife of the Kohen Gadol may die just prior to or on Yom Kippur (see Yoma 1:1).
To this, the Gemara acknowledges that since the collective atonement of the Jewish people rests on the service of the Kohen Gadol’s Yom Kippur service, Rabbi Yehuda was concerned for such far-fetched situations, whereas in a less-critical situation, he was not.
It should be noted that we rule in accordance with Rabbi Yehuda and that an animal can count as a wall of the sukkah (see Shulchan Aruch OC 630:11) – meaning that we aren’t worried that it may die (see Magen Avraham).
Of course, it would be nice to say that Rabbi Yehuda was an optimist and believed that every animal designated to ‘serve’ as a sukkah wall will live. However, I don’t think this is the case. Instead, I think that one of the reasons why Rabbi Yehuda ruled that an animal was a valid sukkah wall relates to the nature of sukkah itself – which is a temporary abode.
R’ Chayim Vital (Sha’arei Kedusha 2:1, quoted by R’ Zelig Pliskin in his ‘Gateway to Happiness’ p. 156) teaches us that ‘one who realizes how temporary their stay is on this earth will not waste precious time worrying’, and I believe that just as we are discouraged from worrying in our temporary stay in this world, we should worry even less about what may happen during our temporary stay in a sukkah, for it is precisely the fact that a sukkah is a temporary above and may not be able to withstand the greatest of winds (see Sukkah 23a) which is the essence of the sukkah.
×
×