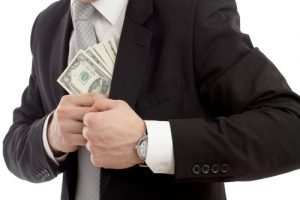 As I have previously explained, I believe that Jewish ethics are found and expressed within Jewish law (and where we struggle to see the Jewish ethics in Jewish law, it is likely that the Jewish law has not been explained or applied correctly). Yet while there are occasions when the relationship between Jewish ethics and Jewish law is hard to see, in other instances it is explicit.
Today’s daf (Sukkah 30a) comes to explain the first Mishna of the third Chapter of Massechet Sukkah titled ‘Lulav HaGazul’ – the stolen Lulav (see Sukkah 29b) – which begins by stating that a stolen or dried Lulav is invalid, and in seeking to explain this rule, Rabbi Yochanan, quoting Rabbi Shimon ben Yochai, introduces the concept of מִצְוָה הַבָּאָה בַּעֲבֵירָה – ‘a mitzvah that came from doing a transgression’, meaning that any mitzvah whose root stems from transgression is fundamentally invalid. In fact, as Tosfot (Sukkah 30a, DH Mishum) notes, this concept doesn’t just apply to the Lulav and ‘the same law applies to all mitzvahs’.
And how do these Rabbis know this to be so? They derive this concept from the words of Malachi 1:13 who refers to the contemptuous behaviour of the Jewish people who not only brought animals that were physically invalid for sacrificing to the Temple, but stolen animals too. And just as the former cannot be healed and is unfit for use, so too a stolen animal carries with it a moral stain which – as long as it remains stolen – cannot be healed and is unfit for use. Meaning, what the concept of מִצְוָה הַבָּאָה בַּעֲבֵירָה – ‘a mitzvah that came from doing a transgression’ – comes to teach is that when the means involves stealing, the end can never justify the means.
Of course, few of us would ever think of ourselves as being thieves. However, when our Sages speak of theft, they don’t only refer to situations when someone literally takes an item from the possession of another, but also of ‘softer’ forms of theft – such as when workers who, while being paid by their boss to do a particular job, do something else, or individuals who don’t pay taxes and therefore maintain in their possession money that is not theirs.
Unfortunately, examples such as these of ‘mini theft’ are prevalent in our day and age, and many people don’t even think of them as being morally or halachically problematic. But they are, and as long as these stolen funds have not been restored, they cannot be healed and are unfit for use.
As we approach Ellul, many of us may be thinking about ‘upgrading’ our religious practices. But before doing so, we have a duty to consider whether we have items or funds in our possession which are not ours. And if – for whatever reason – we do, we have a halachic and moral duty to return them which we should do so as soon as possible.
Shabbat Shalom!
×
×