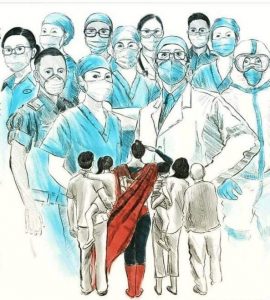 When listing the Arba Minim (Four Species), the Torah (see Vayikra 23:40) first mentions the Etrog (פְּרִי עֵץ הָדָר), then the Lulav (כַּפֹּת תְּמָרִים), then the Myrtle (עֲנַף עֵץ עָבֹת), and then the Willow (עַרְבֵי נָחַל).

However, this is not the order in which these items are treated in the Mishna. Instead, when the Mishna considers of the status of a stolen or dry species, it first speaks of the Lulav (Sukkah 3:1/Sukkah 29b), then the Myrtle (Sukkah 3:2/Sukkah 32b), then the Willow (Sukkah 3:3/Sukkah 33b) and then the Etrog (Sukkah 3:5/Sukkah 34b) as found in today’s daf. But why is this so?

According to the Tosfot Yom Tov (in his commentary on Mishna Sukkah 3:1), the reason for this is twofold: Firstly, because the Lulav is bundled with the Myrtle and the Willow, and since these are held together, they are treated first in the Mishna and only afterwards, the Mishna addresses the laws of the Etrog. And secondly, because the bracha that we recite on the Arba Minim only specifies the Lulav (‘Al Netilat Lulav’) given that it is the tallest of the Four Species. Thus, it is appropriate that the laws of the Lulav are first addressed in the Mishna.

Admittedly, numerous commentaries struggle to fully fathom the meaning of these two explanations of the Tosfot Yom Tov. But I would like to offer some insight regarding the first reason, because what the Tosfot Yom Tov seems to be saying is that while the Torah gave priority to the Etrog – perhaps due to its beauty and scent – the Sages gave priority to the Lulav because it supports two other species.

From here we learn a profound lesson that we should show respect and give priority to those who support others, because by doing so, we are supporting both them, and those that they are supporting as well.